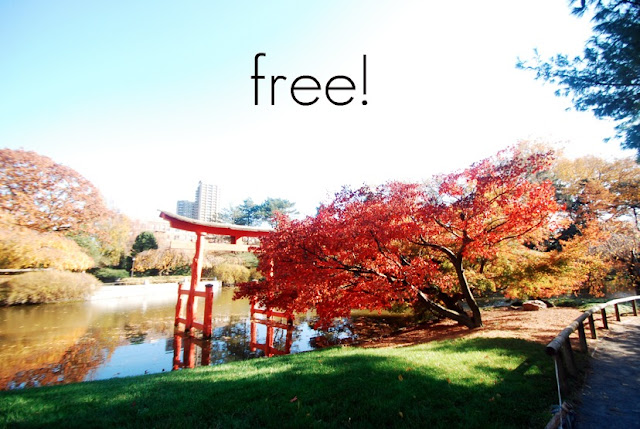 "Cool!  Why didn't I know about this before?  Do people know about this?"  That's what I was saying at the Brooklyn Botanic Garden (BBG) when my friend and I took our babies there for a stroll and picnic in early November.  We had learned that we didn't have to pay $10 each to get in.  It turns out that the BBG is free on weekdays from November to March and free on Saturdays as long as you get there before noon. 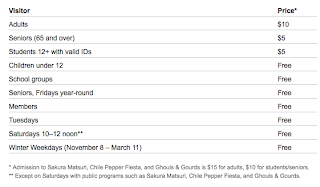 I'm all about supporting organizations like the BBG by paying admission, but when they say come on in since it's free...I'm not going to say no!

With limited green space in the city, it's nice to have an option like the BBG.  Even in the colder months, it's a gorgeous place to walk around since it's like a beautiful, meticulously landscaped park.  And even in the winter, I still have to get outside if it's not wet and snowy.  You get cabin fever staying inside New York City apartments for too long.

Take a mini tour of the BBG after the jump! 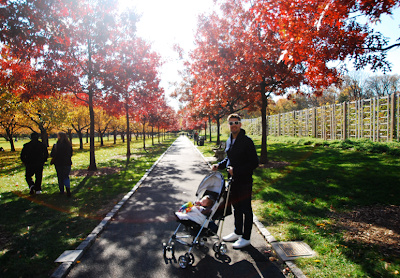 Besides the lovely outside part of the BBG (above), you can go into the different botanic environments.  Here are my guys being transported to Arizona and then a tropical rainforest (below).  BBG really controls the climate in these spaces, so you step into the tropical room and it feels like you're in the jungle all of a sudden with the humidity, smells, everything. 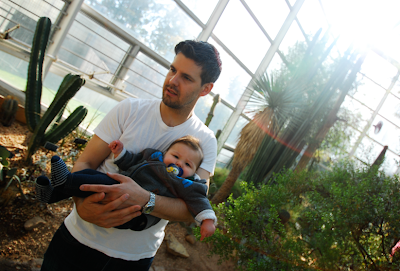 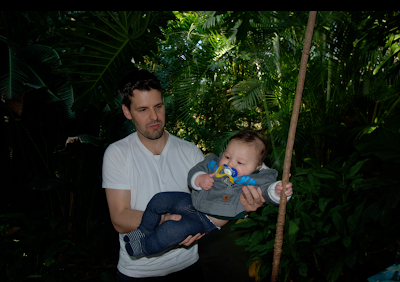 There's also a Bonsai hall and tours of the grounds, so there's a lot to do and see. 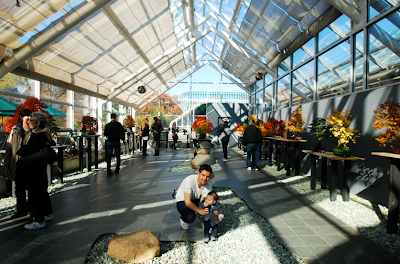 When Rob, Greyson and I went to the BBG on a free Saturday, the leaves were still changing.  But, I'm looking forward to seeing the grounds in the winter.  I think it'll be as beautiful, but in a different way. 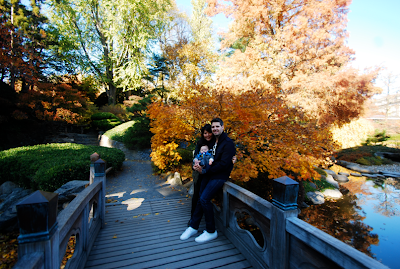 Nerd note:  I've wondered why BBG calls themselves a "botanic" garden and not a "botanical" garden.  After some googling around just now, it seems that the words are synonymous.  Good to know!
Posted by Kathy at 7:30 PM