Spinach smoothies are smooth going in and smooth going out.  You want to prepare yourself for that if you're thinking about trying one. 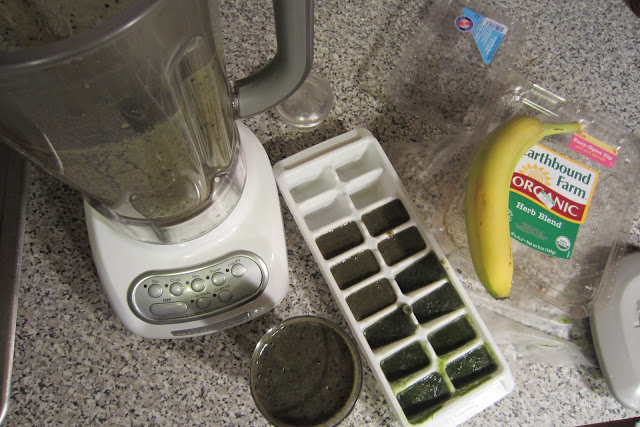 My sister-in-law introduced us to spinach-based smoothies over Christmas and we've been having them every day since.  For some reason, I thought you had to have a juicer to do vegetables.  It would be nice to have a Blendtec like my sister-in-law has because I don't see our blender liquifying stuff like raw kale or carrots well, but our Kitchen-Aid blender is pretty heavy duty, so it works for most veggies.

So, we have a smoothie in the morning and just feel good about it.  You've pretty much taken care of the recommended servings of fruit and vegetables in one glass, so even if you don't eat that well the rest of the day, atleast you had your fruits and vegetables.

I've gotten recipe ideas from juices I've seen at the store, like these from Blueprint Cleanse. 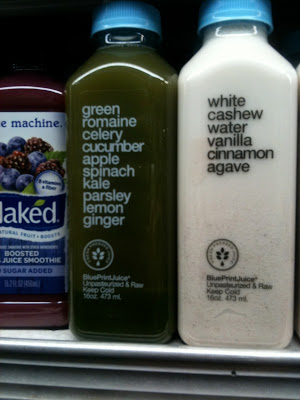 How we make our smoothies for us and our baby after the jump! 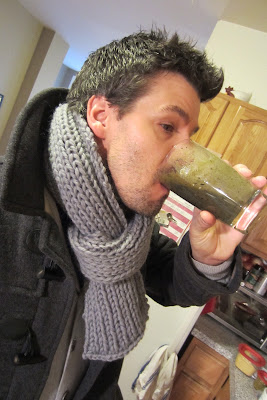 I've played with combinations of fruits and vegetables and haven't had a bad smoothie yet.  As my sister-in-law said, including a banana is key, so one of those goes in each smoothie.  I usually put a big handful of spinach in each smoothie, too, but this morning we didn't have any spinach, so I made a smoothie out of salad greens, a banana, blueberries, blackberries, cucumber, parsley and a cup of water.  We have also used strawberries, grapes, apples and whatever else we have in the fridge.  These smoothies aren't going to win any beauty contests, but they are tasty. 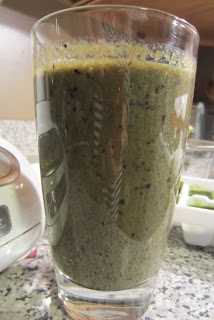 With what is left over after Rob and I have our smoothies, I pour into ice cube trays and freeze to give to Greyson.  He started solids a week ago and I puree a lot of the stuff we eat to give to him, which makes baby food really easy.  Once the ice cube trays fill up, we pop out the food and put the pods into Ziploc bags to defrost later.

If you make veggie and fruit smoothies, I'd love to know what combinations work for you in the comments!  Saude!  To your health! 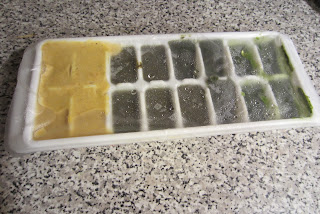 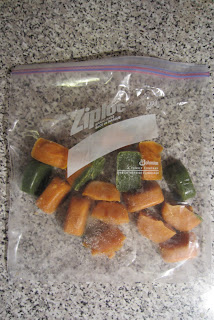