Watch Out! Time for Craftiness! 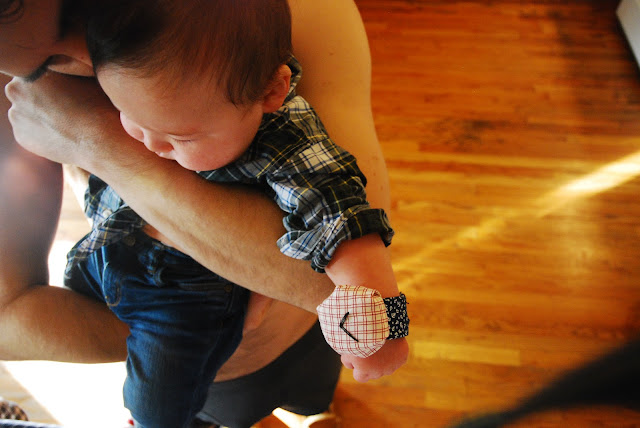 When we were in Spain, we bought a pair of random little wrist rattles.  I had seen similar ones because my friend Christie has them for her baby.  Anyway, Rob and I were joking about how funny it'd be if they came in a watch version.  So, we decided to make one.

When I was on a yarn hunt in Brooklyn for my baby's blanket, I found some cute fabric scraps, which I bought. 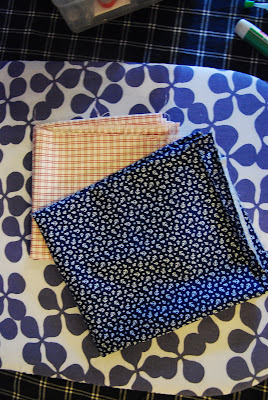 This little project would have taken probably about 2 minutes if I had a sewing machine (and knew how to use one), but it took about 20 minutes to sew by hand.

I took the watch strap fabric and turned it inside out and sewed around three edges.  Then, I flipped it the right way and stuffed a piece of crunchy plastic in there from a tortilla chip bag and sewed the remaining edge.  Then I sewed velcro pieces onto the ends. 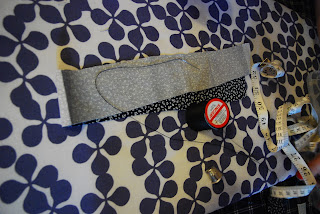 For the watch itself, Rob cut a circular shape out of a sponge and stuck some rice in a bottle cap and sealed it with a button via crazy glue.  That made the rattle that was embedded in the sponge.  Then I took the watch fabric onto which I had sewed some watch hands, and bunched it around the sponge and rattle. 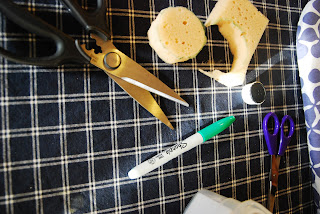 I then crappily sewed the watch onto the strap. 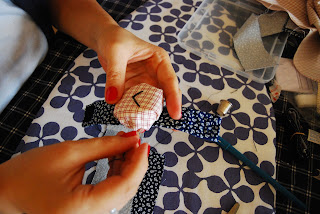 It didn't turn out as cute as Rob and I had envisioned it, but I liked that we had an idea and executed it.  So many ideas go unexplored.  My cousin-in-law who saw the watch over Christmas wondered if it was a pin cushion on Greyson's wrist.  And I don't blame her...it does look like one!  But, I just like that we made it.