Is It Appropriate to Send Out Birth Announcements Eight Months Late? 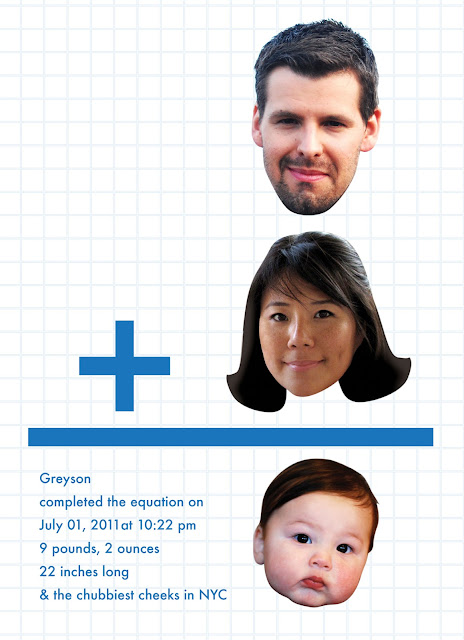 It's funny because Rob and I actually designed and laid out our birth announcement before Greyson was born.  We just had to drop in a picture of Greyson's head.  Here's Rob working on the announcement in the hospital. 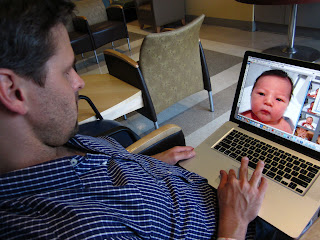 We didn't love the picture and it didn't work with the design.  Like, the shadows were weird and his face was bright pink, etc.  We decided to wait.  And wait some more.   Yada yada yada, seven months later, we had a birth announcement designed.

Why even bother with an announcement?  I'll tell you what our thinking was and where we got 50 announcements printed for 99 cents.

I'm all about keeping a record of his baby days.  I imagine Greyson looking at the book 20, 30 years from now and smiling when he sees what he was like as a baby.  I want there to be a birth announcement amongst those keepsakes.  Twenty years from now, it won't matter that it was seven months late.  I'm just glad we did it.  It was on our to-do list for a looong time.


We finally had the card designed, so I wasn't going to procrastinate on the printing.  Coincidentally, I got a promotional email yesterday from Vistaprint, the online printing company.  But, let me first say that I have issues with Vistaprint's promotions.  We ordered Christmas cards from them this year and two days after I got my cards, I got an email saying that all cards were 75% off.  I called and asked for a price adjustment, which they gave me, but I hate that feeling of is this thing I want to buy going to be on sale tomorrow.

Anyway...the Vistaprint email I got yesterday said that certain printed products on their site was 99 cents for this sale.  I was like, OK, I'm sure it's not really 99 cents, it's still probably a good deal. 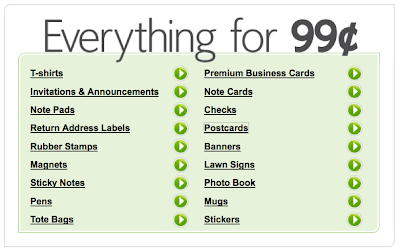 Of Vistaprint charges you a bogus $4.99 "upload fee" and a shipping charge that is probably double what it actually costs to ship, but $14.00 total is still great for 50 9"x 6" color postcards.  (We passed on buying 50 envelopes for $4.99 since we have large envelopes that will fit the cards.) 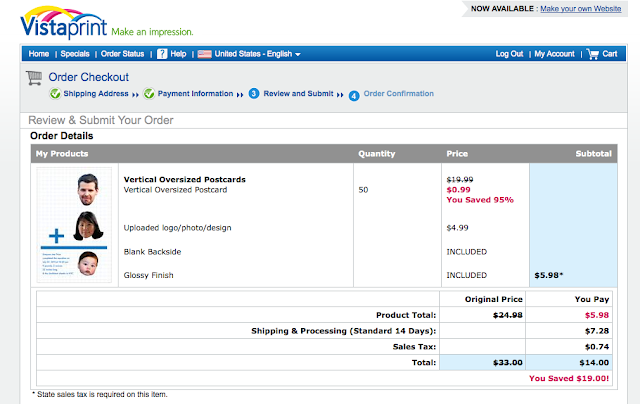 So, friends and family members will be a little confused when they get the birth announcement (isn't he crawling already??), but we're glad we got them done.  Finally!