Review of McCarren Park Pool with Babies and Kids

This is what I heard as I stepped into the pre-pool shower area of the new McCarren Park Pool wearing a cover-up over my bathing suit.  I wondered if the militant yelling were a part of the New York City public swimming pool experience.

When Rob and I were reunited in the pool area after being herded through the men's and women's locker rooms, which is mandatory, we compared notes about the yelling from staff and both remarked that this is what certain prisoner camps must be like.


There were some good aspects to the pool, though.  It's free...there was no line when we went at 12:30 pm one Saturday afternoon...and it was clean!

Highlights and useful tips for visiting McCarren Park Pool with babies or kids after the jump! 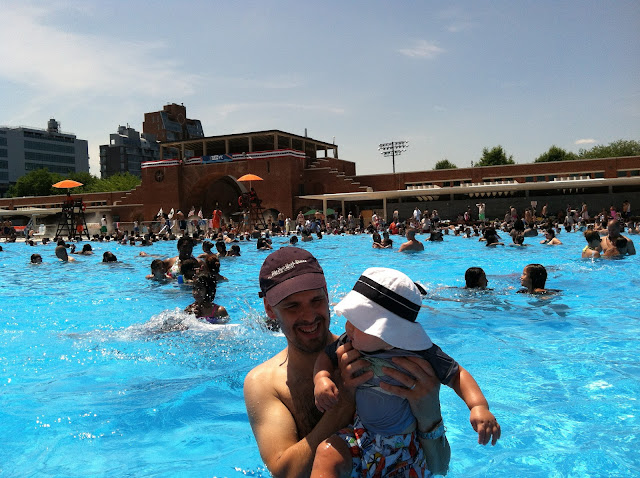 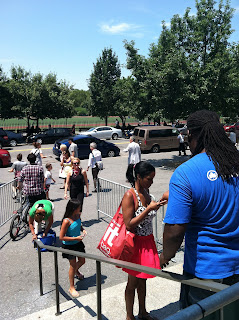 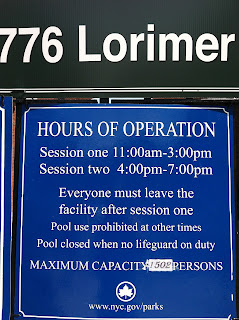 2.  Take a lock!  You must have a locker lock to get into the pool.  You can't take anything into the pool area, except sunscreen, a towel, water and a book to read, so they make you put your things in the free lockers.  They are really serious about the locks and the list of things you can bring into the pool area.  Someone wanted to bring in a journal and the people were like, no!

We didn't bring a lock, so we bought one from a lady who sells them right by the gate for $5 (smart woman). 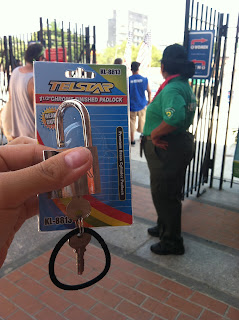 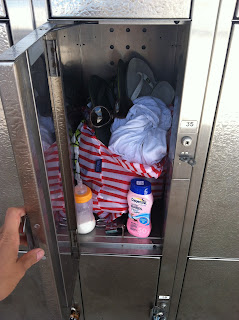 3.  Don't go if you don't like being yelled at!  A guard yelled at Rob because he was technically in the "women's" locker area, which is outside and visible to anyone near the pool.  I mean, come on.  We used the locker outside of the locker room, so we could help each other with the baby and put our stuff in one locker.  Why isn't it a unisex area? 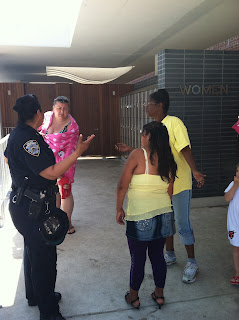 4.  Don't leave anything valuable in your stroller.  There's stroller parking right where the check-in people let you in.  It's somewhat safe since the guards are right there, but it's not like they're monitoring your strollers.  None of the strollers seemed to have locks, but you never know.  Bring a stroller lock if you worry about things like that. 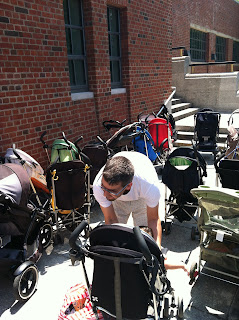