We're on a shopping strike until the end of February.

It's not something our family has ever thought of doing, but as soon as the idea came up, it felt like a good idea.  There was so much buying over the holidays that we thought a month of no shopping for stuff would feel good.  Sort of like, going on a juice cleanse or something.

It's been three days and so far we haven't had any withdrawal symptoms.  In fact, there's been an unexpected benefit:  no shopping means you have to be creative!

There's a large vase in our entrance area that I like to keep filled with flowers or flowering branches.  On my list this weekend was to buy some flowers for the vase, but then we our shopping strike started.

So, we decided to make something ourselves for the vase.

Since Valentine's Day is soon, we used that as inspiration.  We found a branch lying on the ground in Prospect Park, where we had gone for a run.  Rob thought there was some dog pee on it, but there wasn't.

What we did next (plus, more pictures), after the jump.

Then we took the branch home and used old Christmas gift wrap, construction paper, pink highlighters, pipe cleaners and whatever else pink and red we could find in our craft bins.  We then glued our Valentine's ornaments on fishing wire and tied them to the branch. 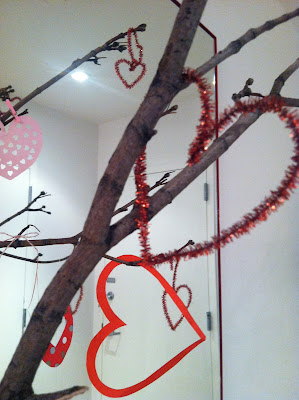 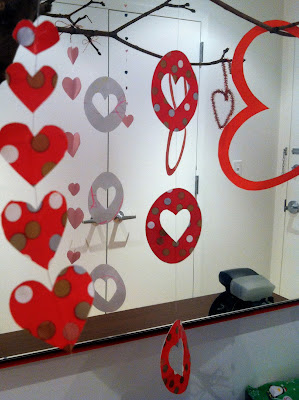 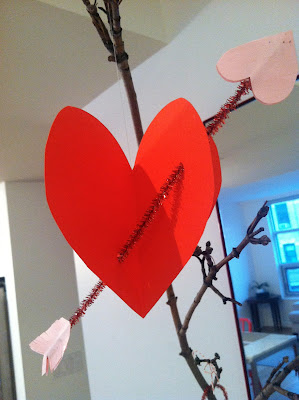 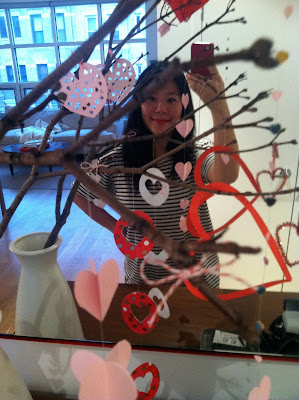 This was a fun, family project that we did while it was freezing outside.  And it was free.  Cheers to shopping strikes. 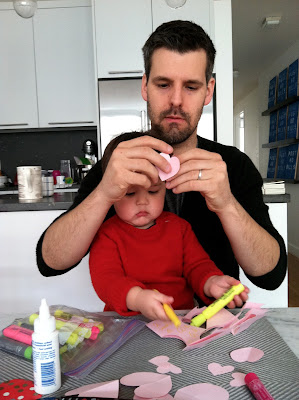