Aircrafts in the Hudson: Taking Your Kid to the U.S.S. Intrepid 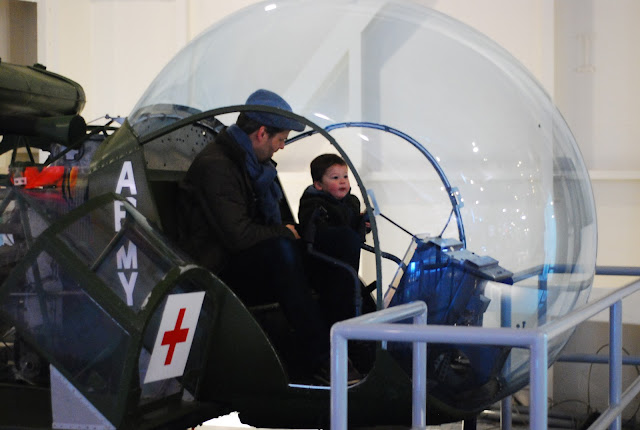 Helicopter!  Sometimes it's the first thing my 20-month old says when he wakes up.  His favorite toys are plastic vegetables and he doesn't even have a single helicopter toy, but it's like a little boy switch turned on a couple months ago and Greyson suddenly can't get enough of vehicles.  He's also a big fan of airplanes, ambulances, trucks, bulldozers, buses, trains and police cars.  But helicopters are numero uno in his book.

Since we live for smiles from our toddler, my husband and I decided to take a field trip to helicopterlandia, the U.S.S. Intrepid Sea, Air and Space Museum, which is on a decommissioned aircraft carrier that's been parked in the Hudson River as a museum ship since 1982.  Greyson gets us excited about doing a lot of things I never cared about doing before.

But I wasn't excited about the price of admission.  $24 per adult?  Seriously, almost $50 to go see some old helicopters on a boat?  I'd rather get an awesome lunch.

We went anyway (and found discounted tickets with a quick Google search) and it was worth the trip. 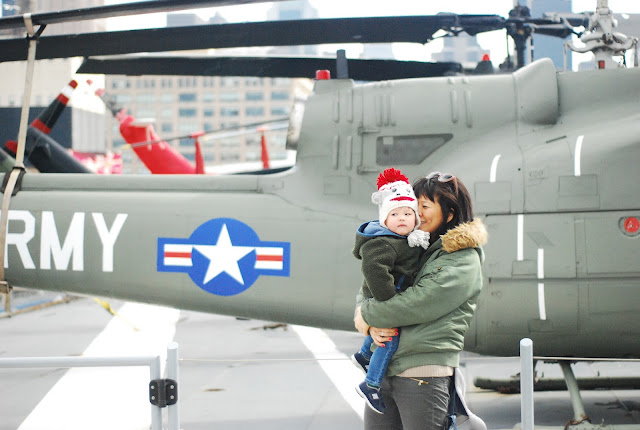 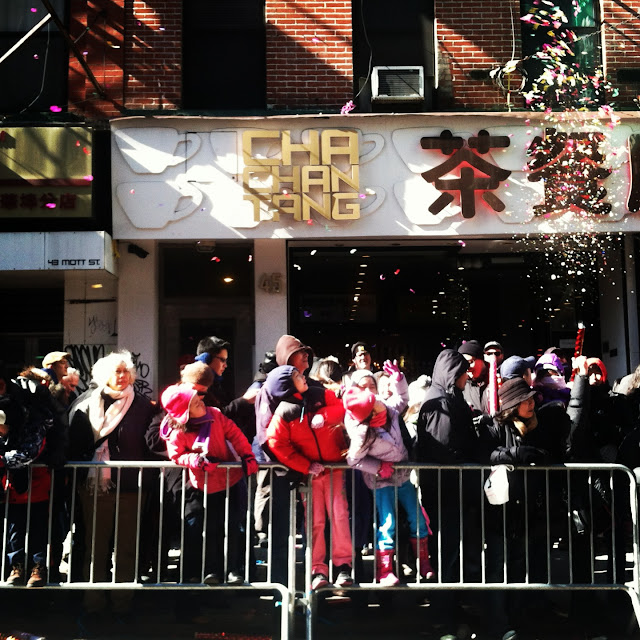 After living in New York for, oh, 17 years, I went to the Lunar New Year parade in Chinatown for the first time last weekend.  Having a toddler who loves a party encouraged us to go as a family.  We usually go the opposite direction of crowds, so we must really love this kid!

Here's my review if you live in New York, have a young kid and you're on the fence about going:  You gotta check it out atleast once!  Here are the tips I'd give my friends with kids for next year's parade! 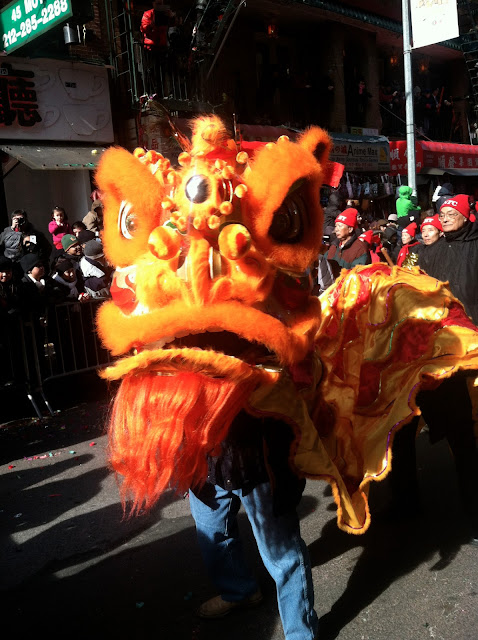 
I gasped when I saw the salted caramel brownies pictures on Smitten Kitchen.  Everything looked so perfectly chocolatey and caramelly.  Right away, I knew I was going to make the brownies for Valentine's Day as the finale to the dinner I was going to prepare for my men.  I did so good by making these.

I won Valentine's Day.  Despite a mini caramel disaster!


I had never heard of Smitten Kitchen until the blogger's cookbook came out a few months ago.  It turns out I've been missing out on some great food blogginess!

I have never pickled anything before and now I'm thinking it's an area that I really need to explore.

Sweet Ride: My Stroller is My Car


I haven't wanted to own a car since I moved to New York 17 years ago, in 1996.  I've felt no need for it and everything that comes along with having a car.  I've been a happy pedestrian, bike rider public transportation taker, and Zipcar renter.  And when my son was born 19 months ago, his stroller became the family car.

Best (Well, Only) Winter Survival Tip I've Come Up with This Year

Having a giant bag to stuff your family's coats, scarves, gloves, hats and stuff into when you go out works wonders.  Wonders!  A giant $12 nylon bag is the idea I'm excited to share with the Internet today.  That is my contribution.


I figured it out.  Sippy cup manufacturers make leaky sippy cups because then you will have to keep buying more and more cups thinking you'll one day find a sippy cup that doesn't leak.  Soon enough, you'll have bought atleast one from every brand...they're all in it together!  Ha!

You want sippy cups to be leak proof and spill proof since you have to carry them around in your bag and toddlers drop the cups all the time.  It doesn't seem like it'd be that hard to make a leak proof sippy cup, though.  Does it?

Atleast I have found the best sippy cup available, though.  And there is something you can do about the sucky cups you've bought, too.