Review: Best Instant Coffee! There is Such a Thing! 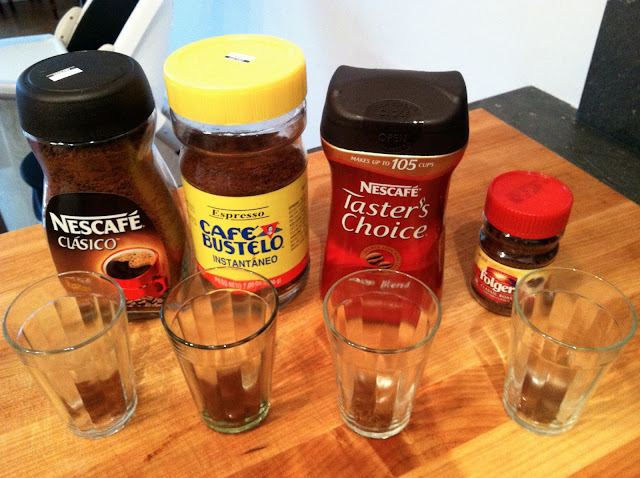 Nescafé Clásico instant coffee reminds me of my Korean grandmother.  Whenever I'd visit her in Seoul, coffee time meant a teaspoonful of Nescafé in one of the dainty tea cups from her vast collection, a saccharin tablet and some pumps of water from her water kettle/thermos.  Having grown up in the States where no one drinks instant coffee or uses saccharin tablets, I thought my grandmother was doing some quaint Korean grandma thing.

I always had the coffee with her to be polite, but I liked it.

After my most recent trip to Seoul in November 2012, I decided instant coffee wasn't just for Korean grandmothers.  Freeze-dried coffee has to be the most opposite thing to what's happening in New York in terms of anything you drink or eat.  It's not locally-sourced, organic, artisanal or pickled.

The thing is, I like coffee, but I don't always feel like making it.  Sometimes I want my coffee to be as fast as tea.  Boil some water and it's done.  Yes, I can be so lazy, I don't even want to get out a filter and pour the water over my coffee dripper that looks like this one.  And I don't want to have to wash it and throw away the used filter either.  That's lazy!  Yeah, so instant coffee isn't my preferred form of coffee, but what I might have rather than no coffee at all.

When I got back from Seoul, I bought the Nescafé Clásico.  It tasted just as I had expected it to, like an ok cup of coffee.  But, I had to know if it was the best of the most readily accessible instant coffees.  I did some googling and found some taste tests, forums and recommendations. 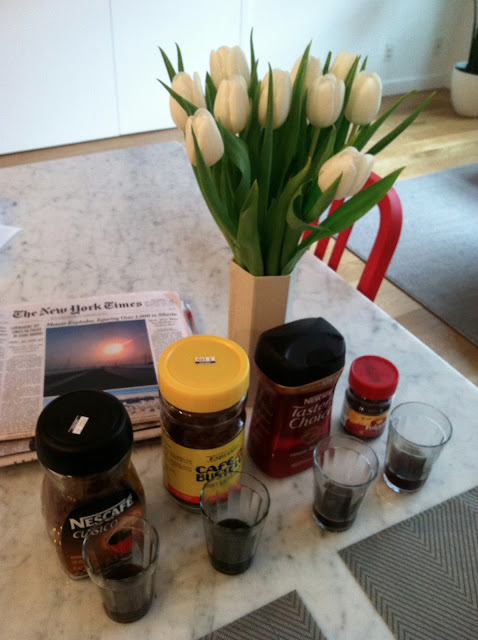 My husband and I did a taste test of three other instant coffees against Nescafé, which we already knew we liked. 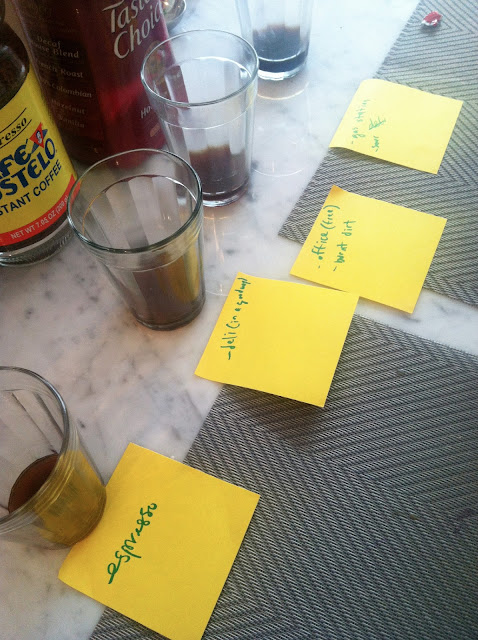 Taster's Choice House Blend:  Free coffee you get at your office
Café Bustelo Instant Espresso:  Like New York City deli coffee (in a good way)
Folger's:  Gas station, sour
Nescafé Clásico (I have no idea how Clásico is different from any other Nescafé instant coffee):  espresso-like

So, that's our take.  I might try Starbucks Via one day since I've read good things about that.  (Edit:  This review definitely makes me want to try it)  But, otherwise I think I'll stick to Nescafé Clásico and think of my grandma each time I have a cup.
Posted by Kathy at 9:27 PM