Armed and Ready for The Summer of Boo Boos? What's in Your Stroller? 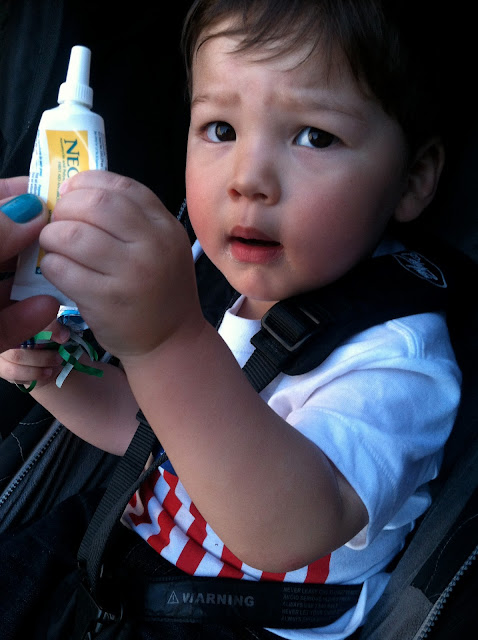 I rushed to one of Greyson's classes a couple weeks ago without milk and snacks.  There are things I   never leave home without and that's milk/water and snacks.  You think I want a meltdown with a toddler screaming "snack" endlessly?  Well, that happened and I'm usually good about ignoring/discouraging Greyson's whines, but not when it comes to food needs.  So, what did I do?  I cringed and gave Greyson some Cheerios from the bottom of my purse (there are a lot there) to hold him off until we could cross the street to the grocery store.  He probably wasn't actually hungry, but I just can't stand not giving him something to eat or drink when he wants it.  That's just one of my things.  It could be a Korean thing.

So, I'm constantly trying to be prepared, but trying to shrug it off when I'm not prepared.  The other day when Greyson got his first scrape outside the house and I was actually sort of prepared.  Just that morning, I put a tube of neosporin in the stroller.  When Greyson tripped on some rocks at the playground and scraped his elbow, I first thought, oh, it's nothing...I'll clean it up when we go home in a few minutes.  But, then my mind flashed to the heartbreaking story about Rory Staunton, who got a cut playing basketball at school and then was undiagnosed for septic shock and died.  I know it was totally irrational for my mind to go there, but it's totally irrational that a child died after cutting himself playing basketball. 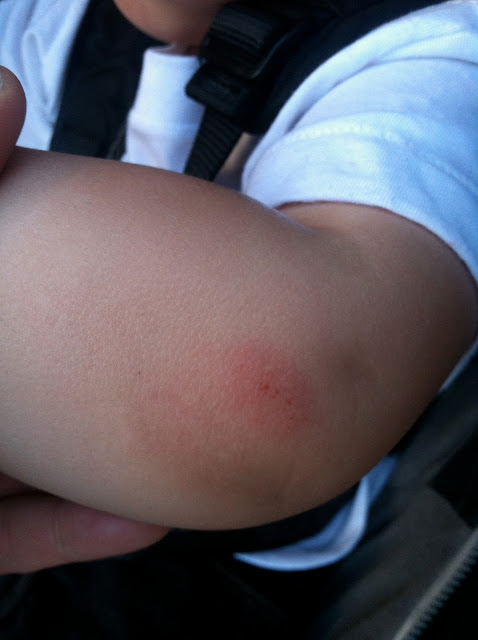 I washed GP's abrasion with soap at the playground bathroom and then remembered I had the neosporin.  I gave myself some mom points for having that available.  Then, I was like, I need a little first aid kit for the stroller ASAP!

My stroller basket is getting really full.  It has an XL picnic blanket, a summer survival kit and now a first aid kit.

Here's what I put in it the first aid kit.  I wonder if I'm missing anything.
What's in my stroller first aid kit:

-Alcohol wipes in case I can't find soap and water (I couldn't find a small bottle and the plastic bottle from MUJI I was going to transfer some alcohol into said that nothing with a lot of alcohol in it should go in the bottle)
-Band Aids
-Cotton balls
-Neosporin
-A bit of rope for a tourniquet.  OK, I know that's really extreme, but the Boston Marathon bombings had just happened and I had some rope handy.

Do most parents keep a first aid kit in the stroller?  Greyson falls about 10 times a day and collides with many humans and immobile objects as it is.  When I think about adding water, running and  more outdoor time to the mix, I feel like it's inevitable that Greyson will be scraped and bruised in no time. 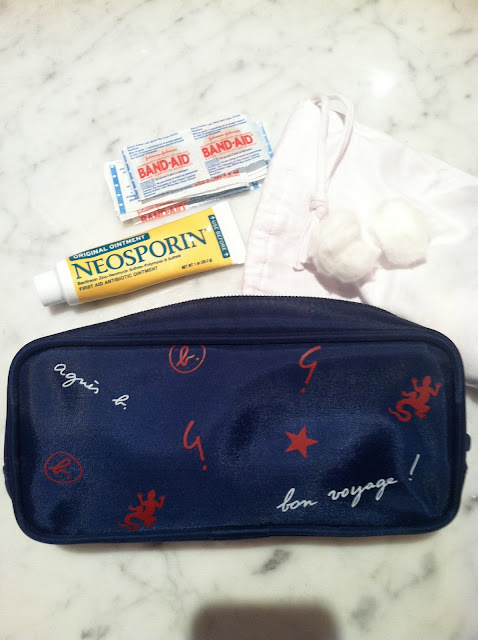 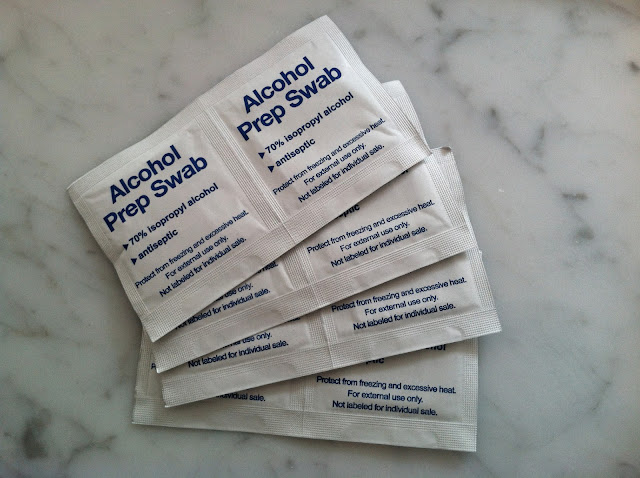