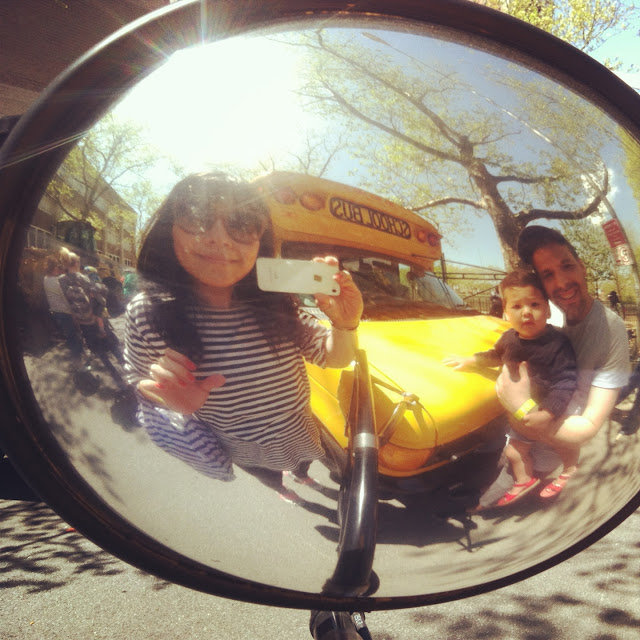 All of my son's vehicular dreams came true on Saturday.  He had his way with his favorite vehicles, including a fire truck, tow truck, school bus, garbage truck and a bulldozer, all thanks to Touch-A-Truck. 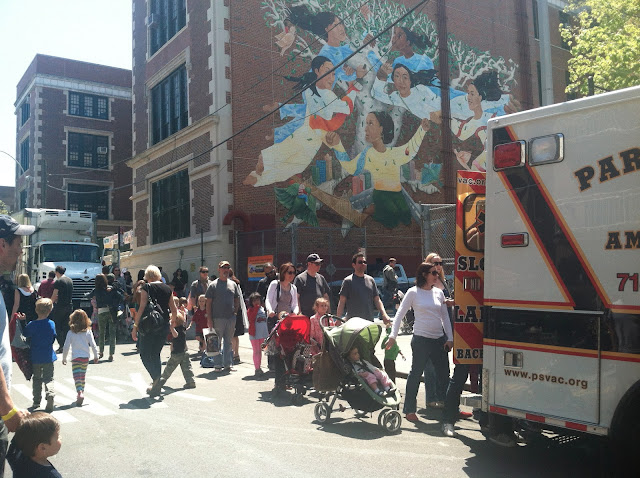 P.S. 295 in Park Slope hosts Touch-A-Truck Brooklyn once a year to raise money for the school.  At the half-day event, kids can check out every vehicle under the sun.  They sit in the driver's seat, push the buttons, play with the steering wheel, etc.  2013 was the third year they've had the event and I'm glad we went.

Here's how the event went down! 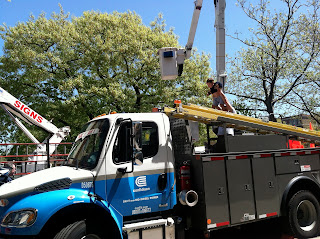 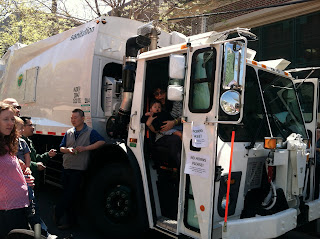 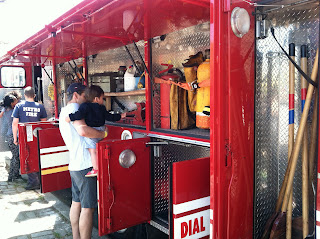 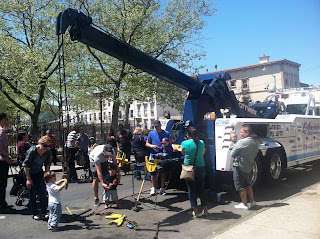 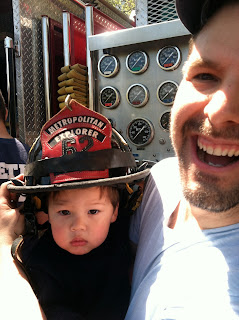 The tip I have is to go early, right when the event starts.  Touch-A-Truck is definitely worth checking out, but I'd say it's a million times more fun if you go early.  We got to the site at 11:45, paid for our tickets ($5 per person, including children over 6 months old) and we were one of the first families in at noon when they "opened the doors."  It was pretty calm and relaxed, but by 12:30, lines of 5 to 10 were starting to form at a lot of the vehicles.  By the time we left after having lunch at the food trucks, there were lines of like 20+ at the more popular vehicles like the ambulance.  If I had gone and spent most of my time on line, I would not have been a happy mom.