Holey-Moly! A Pegboard Design and Organization Solution You Can Make In a Day

Isn't it so satisfying to have an idea and then actually execute it?  Like most people, Rob and I have many ideas that have been put on a list of things we'll do one day!

When we were in Paris, we loved how an Agnes B. store in Paris used a pegboard and colorful mini bungee cords as part of their store display.  We said, "That's cool, we should do that" and two weeks later, we have the finished product on our wall.  It was a fairly simple project (easy for me to say since Rob did 95% of the work), and it feels really good to have a fun and practical design solution that's also a souvenir from Paris.

Here are pictures of the pegboards that were in the Agnes B. store.  We liked how the fun bungee cords stood out against the black backdrop. 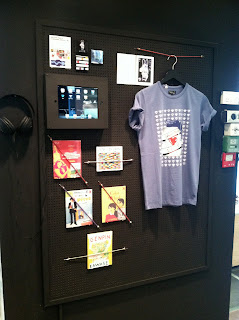 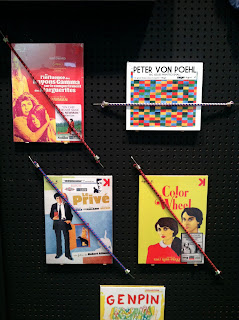 The process of making our own pegboards first involved transporting an 8' x 4' (huge) piece of pegboard home from the hardware store...using our stroller.  Ha!  Read on if you want to learn more about this simple DIY design project and see pictures from every step of the way. 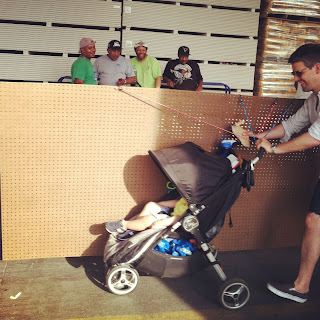 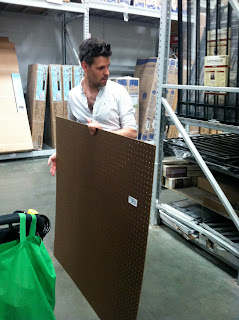 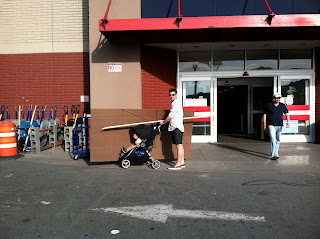 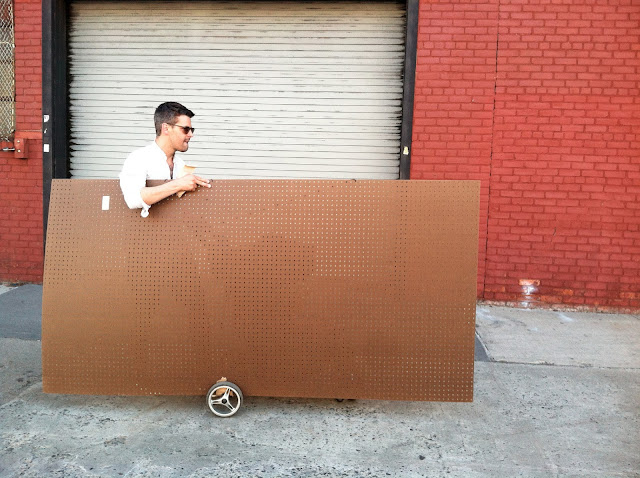 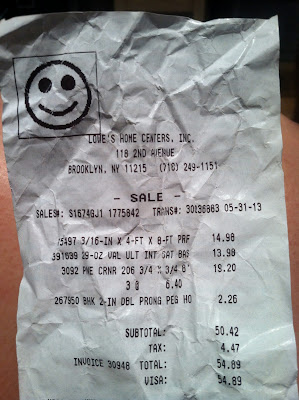 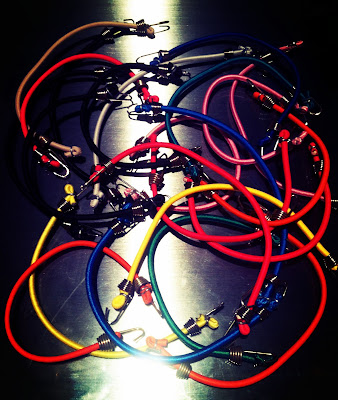 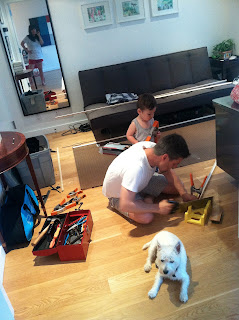 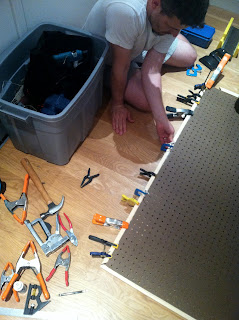 Step 3:  Paint the pegboard and frame. 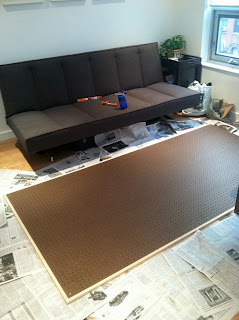 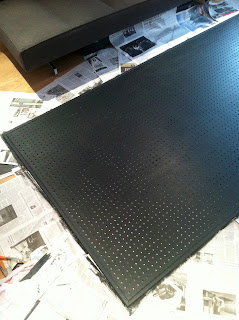 We chose a not-too-black black paint.  It is called Lincoln Cottage Black by Valspar, and bought a quart.  We had a 1/4 of the can left after painting two coats on the pegboard. 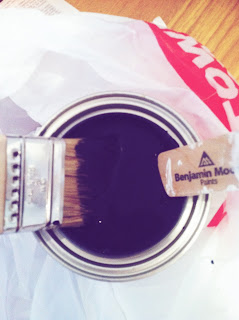 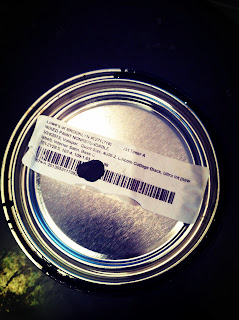 When painting, I tried not to let the paint drip through the holes, but that's sort of impossible to do.  If I did this project over, I'd probably lay down plastic instead of newsprint since the newsprint stuck to the paint that dripped through.

Step 4:  Mount!  Rob screwed some plywood pieces on the four corners of the pegboard (on the back) a well as a big piece in the middle.  Since we were planning to mount a tv to the pegboard/wall, we needed the board to be very secure. 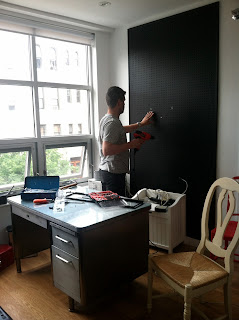 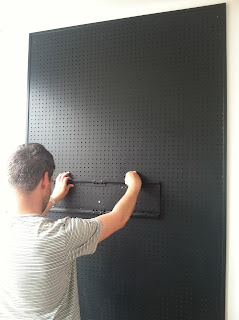 Step 5:  For us, the moment of truth was putting the tv up on the pegboard, making sure it stayed up on the wall.  (We wanted to put the tv there so it'd be sort of hidden in the color, plus there were few other walls that made sense for the pegboard in our apartment.) 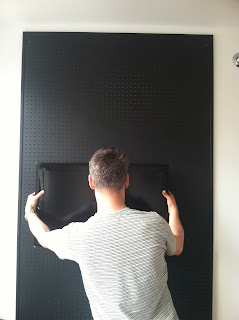 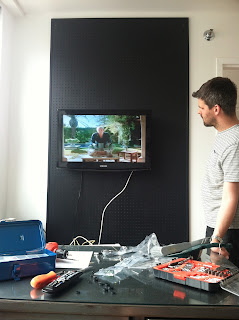 Step 6:  Clean up the dust, embellish the pegboard and enjoy! 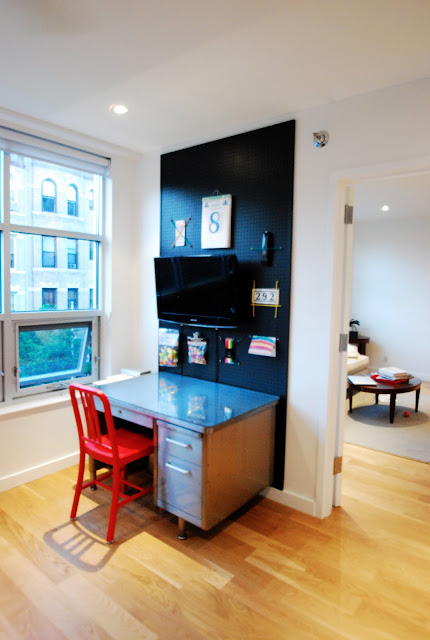 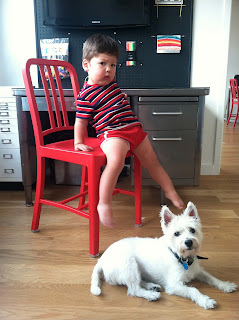 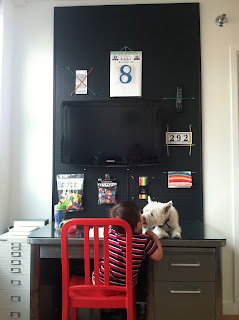 I'm excited about the possibilities of what we will put on the board.  When we have guests who stay over, we can post subway maps and NYC post cards.  Other times, it could be a little art gallery or inspiration board. 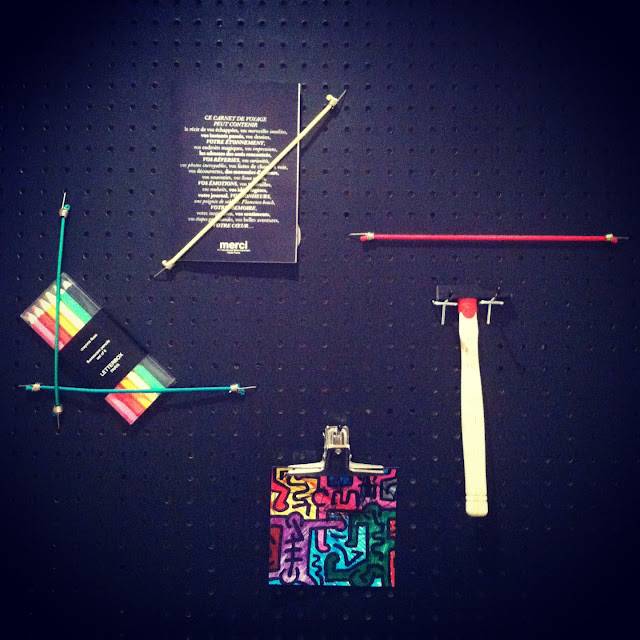