If you haven't been to a Brooklyn Cyclones baseball game yet, I recommend it.  I'm not that into baseball, but I like the baseball game environment, the hot dogs, the cheers, the music, being outside and all that fun stuff.  America!

We wanted to take Greyson to his first baseball game and enjoy the beautiful weather this past weekend.  I had heard that the Cyclones games are great for families.  Since they're a minor league team, the stadium is small and manageable.  You don't feel dwarfed by the size of the place.  And if you're in Park Slope, like we are, the stadium is very easy to get to.  The F train took us 30 minutes, waiting time included, which is half the time it would have taken us to go to the Yankees or Mets stadiums. 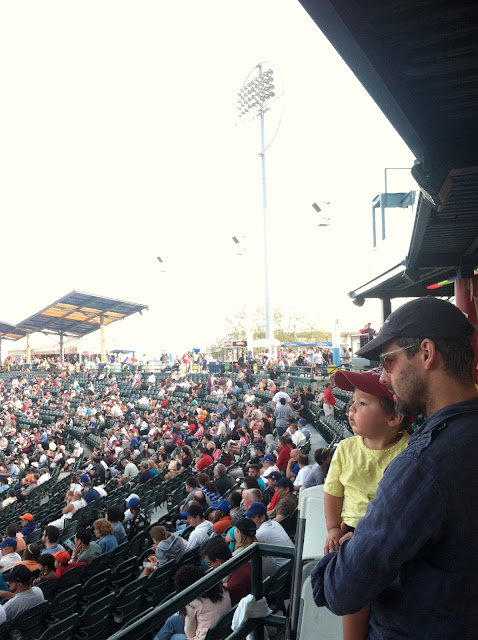 We didn't pre-buy tickets.  We just went up to the ticket window about 10 minutes before the game started and we got bleacher seats ($10 per person, kids under 3 are free), so that Greyson wouldn't be confined to a seat.

I don't know how crowded Cyclones games usually get, but the season just started this weekend and there were plenty of seats (regular and bleachers), which meant more breathing room for us in the bleacher seats.

Here's what you need to know if you are thinking of going to a Cyclones game with your family.


Here are my tips if you go to a Cyclones home game with a baby or toddler:

-Get bleachers seats but plan to hang out a bit in the main section of the stadium, where the concession stands are.  The bleachers are great because there is no way Greyson would have sat in a regular seat for a game, but you definitely miss out on the energy of the main seats.  That's where the music is.  We actually spent a lot of time just walking around.  The mascots were taking pictures with kids, we got hot dogs, there was a ball throwing game where you could win bags of chips (like Rob did).  I like the bleachers because it's a contained space and Greyson could only go so far.  You can see the field really well, but, you definitely feel like you're away from the action a bit. 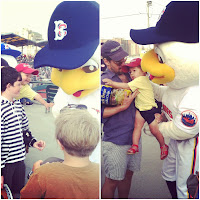 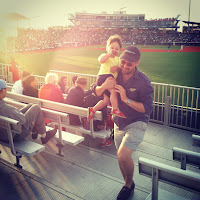 -Consider that it'll be cooler at the stadium since it's on the water and dress accordingly.  It felt hot in Park Slope, but almost chilly at the Cyclones game.  It hadn't even occurred to me that it might be that way.  In fact, I took an empty spray bottle in case we got hot and wanted to mist ourselves.  I was wishing we had all brought a light layer.

-There aren't any bad seats!  The stadium is small enough where every seat's great.  The bleachers feel a bit remote, but the views of the game are still great. 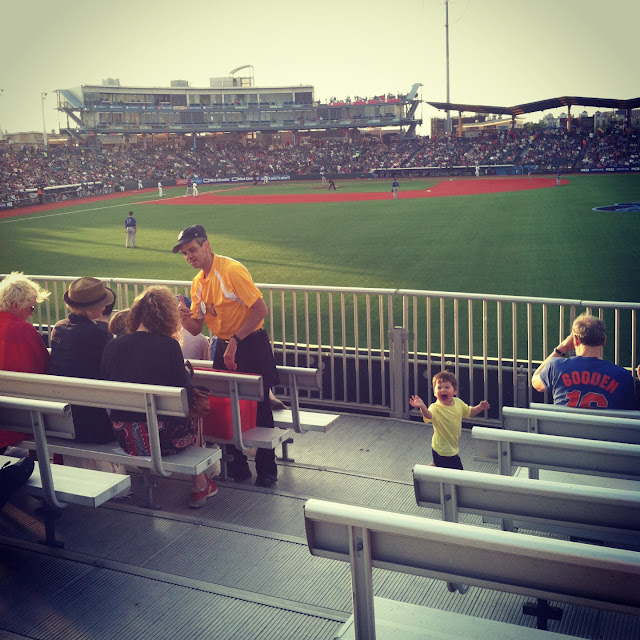 -Get Brooklyn Lager instead of Bud Light.  How do they charge $7.00 for both beers.  And how are there people who chose Bud Light?  Weird.

-If you haven't taken your toddler to Coney Island yet, build in half an hour before or after the game to walk through the rides and boardwalk area.  I think Coney Island is pretty gross, in general, but it was a lot of fun to see Greyson's reaction to all the lights, rides and carnival atmosphere. 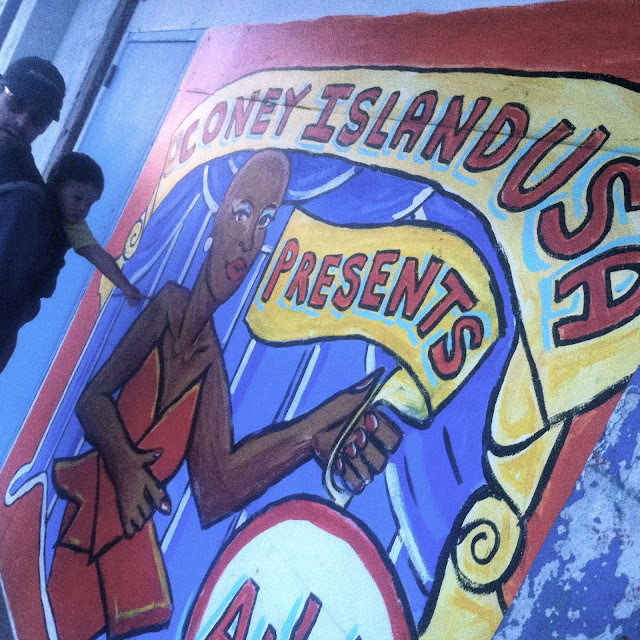