If you google Top of the Rock vs. Empire State Building, you'll see there's a lot of discussion about the pros and cons of visiting both.  Some people have strong opinions about one being better over the other, others think that it's a really tough call, others think you should go to both at different times of day.

I fall into the strong opinion camp.

I have been to the top of the Empire State Building three or four times and I just went to the Top of the Rock for the first time yesterday.  The observation deck at 30 Rockefeller Center opened eight years ago and I'm not sure what took me so long to check it out.  I remember seeing gasp-inducing photos all over Flickr when it first opened.  But then I just sort of forgot about it.  A visit from a family member who lives in Seoul reminded me about Top of the Rock again.

Read on to hear about my experience and my vote.

My aunt, Greyson and I went to the Top of the Rock on a gorgeous Tuesday afternoon.  Here are the pros: 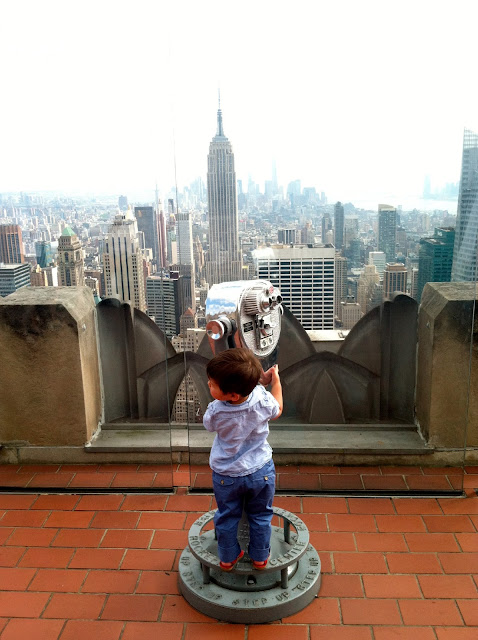 Here are the cons of the Empire State Building: