Summer in the City: How to Open A Fire Hydrant in New York 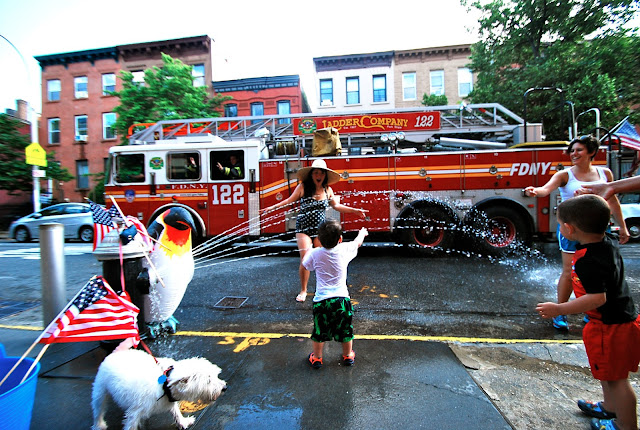 Is it legal?  Does the city come and open up the hydrant for you?  Do you need a permit?  These are the questions one of my curious neighbors asked me when we opened up a fire hydrant last weekend, on July 4.  It was the first time I had ever opened a hydrant even though I've lived in New York since 1996, so I had the same questions as my neighbor when I saw hydrants open. 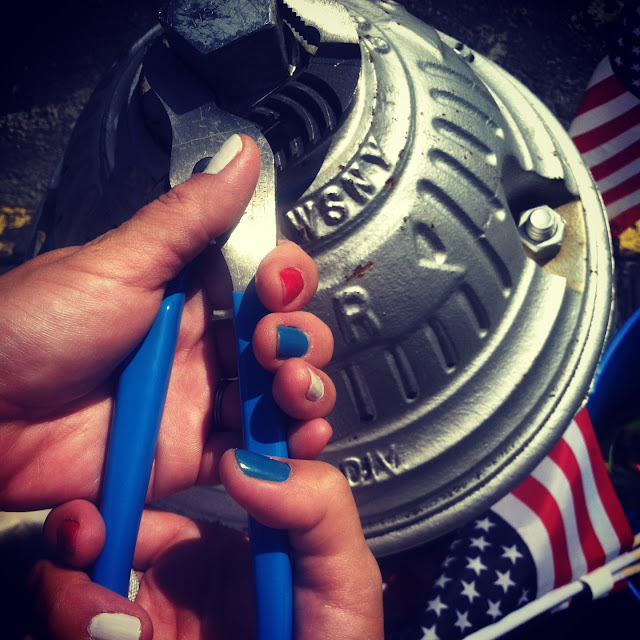 The novelty and New Yorkiness of turning on a hydrant and playing in it was appealing to us.  And a hot 4th of July day was the perfect day for our inaugural hydrant opening.

Here are the steps for opening up a fire hydrant.  And how to figure out how to sight the styles of fire hydrants you can't/aren't supposed to open. 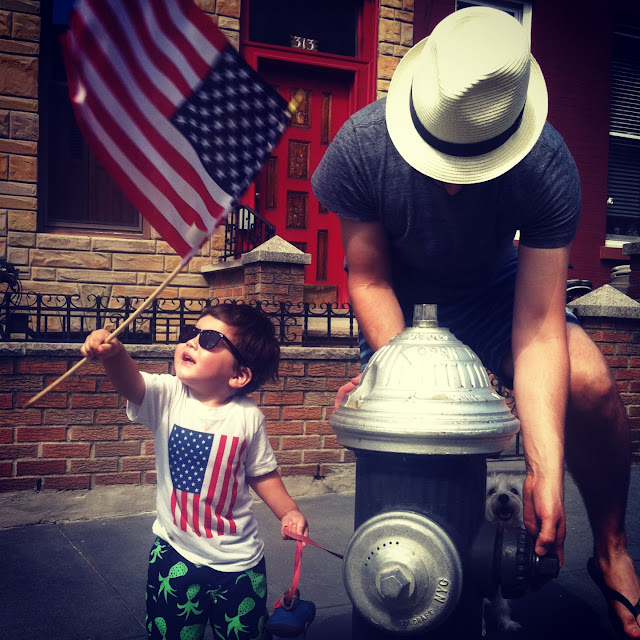 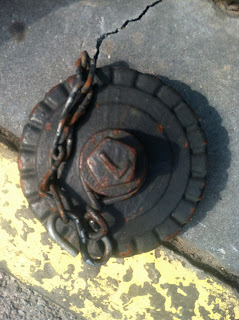 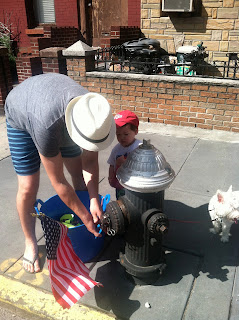 1.  Using a wrench, remove the cap on the side of the hydrant.  No water will come out, but you will feel like you're doing something illegal.  If it's the 4th of July, add some flags. 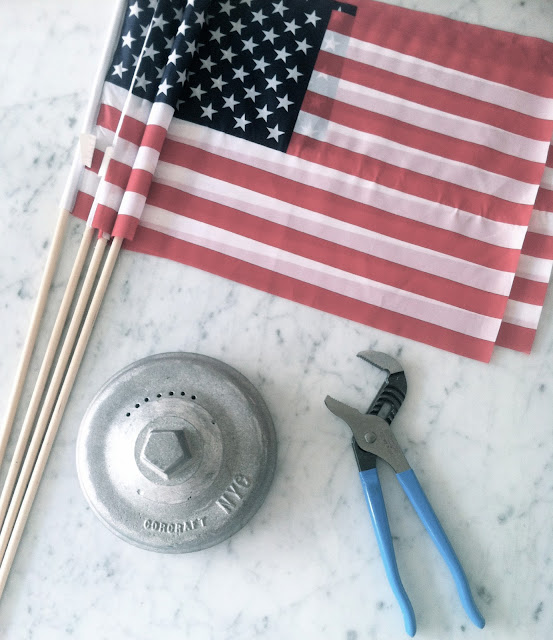 2.  Install the sprinkler cap where you took off the cap on the side.  Make sure the sprinkler holes are facing up, so the water goes up. 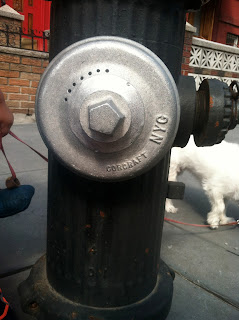 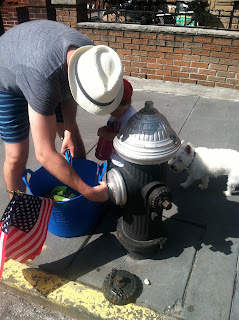 3.  Turn the nut on the top of the hydrant to turn on the water.  The pressure varies with the turns, so watch the volume of water as you turn.  Note:  The hydrants that have tops with plus symbols that a wrench won't work on (instead of a 5-sided nut) aren't supposed to be opened.  It could be a water level thing, I don't know.  That's just what the firefighter said. 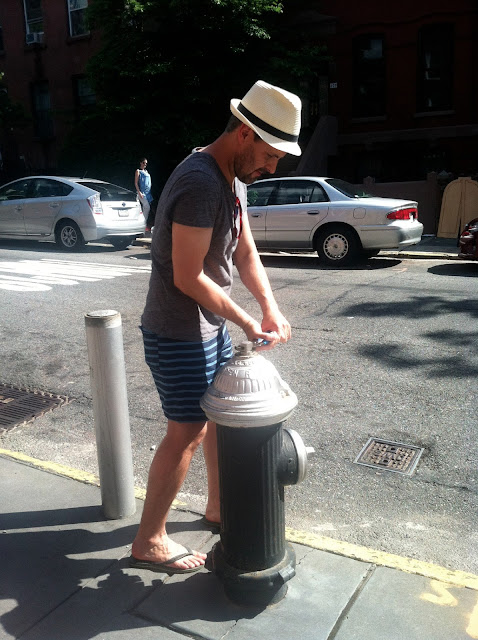 4.  Have fun!  If you're a water-loving toddler, you'll think the hydrant is the coolest thing in the world.  My two-year old jumped into the spray, shrieking with delight.  We also got into the water, too.  I think it's lame when parents sit on the sidelines and tell their kids to get in because the water feels great while they're just sitting there and not doing anything, but pushing their kids to get in. 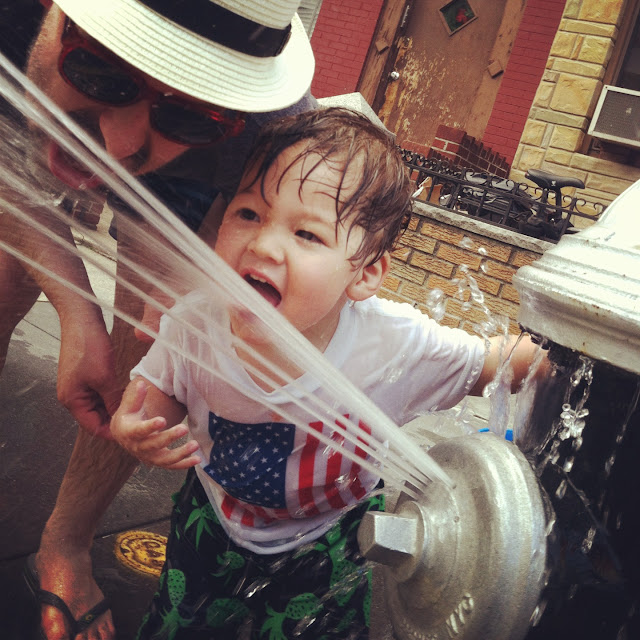 5.  Meet your neighbors!  After about 10 minutes, other kids from our street were playing in the water and we met about 10 of our neighbors.  It felt like a little block party. 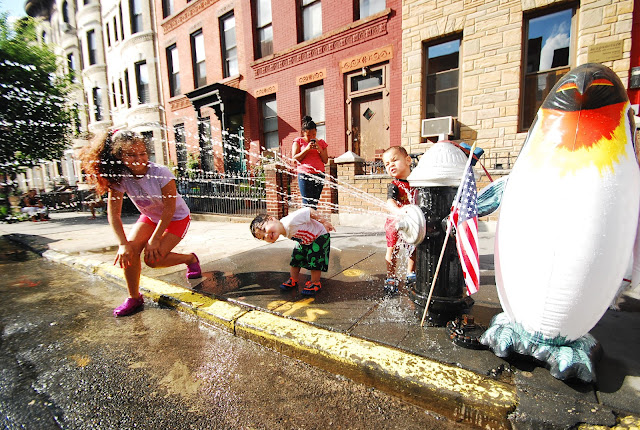 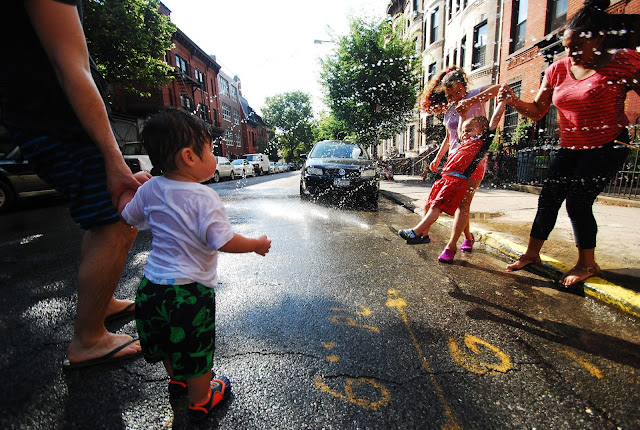