Life cycle of a pumpkin 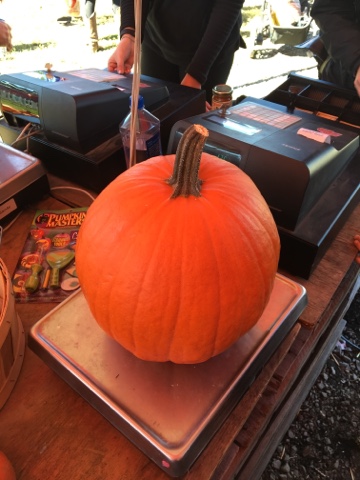 We have about a month of fun with our pumpkin each fall by not carving it into a jack-o-lantern right away.  Before carving, we'll use the pumpkin as a centerpiece and then decorate the pumpkin with stickers.  After carving, we always toast the seeds, but we also have fun with other decorating elements like making the pumpkin into a Mr. Potato Head.  When the insides started getting a little furry, I took the pumpkin to a playdate and the kids walked the pumpkin with string and played pumkin soccer with it, too.  Then we said bye and threw Mr. Pumpkin into the trash (we should have composted him at the nearby garden, but I forgot). 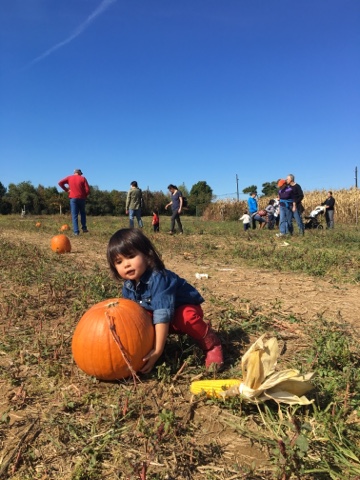 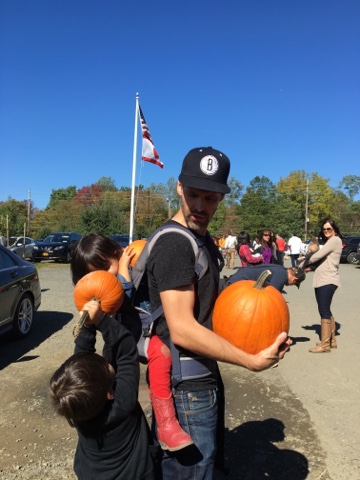 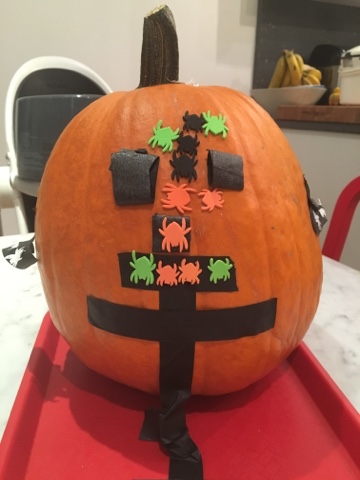 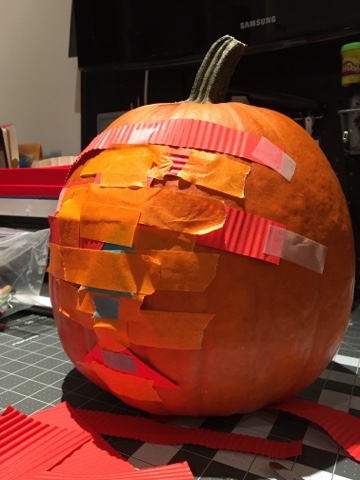 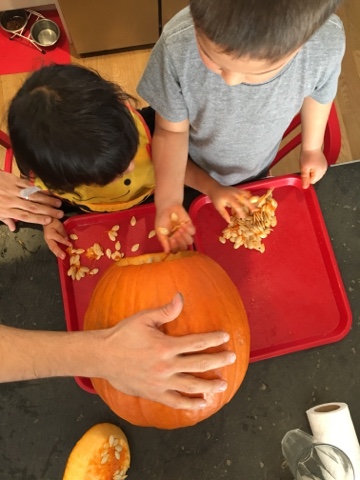 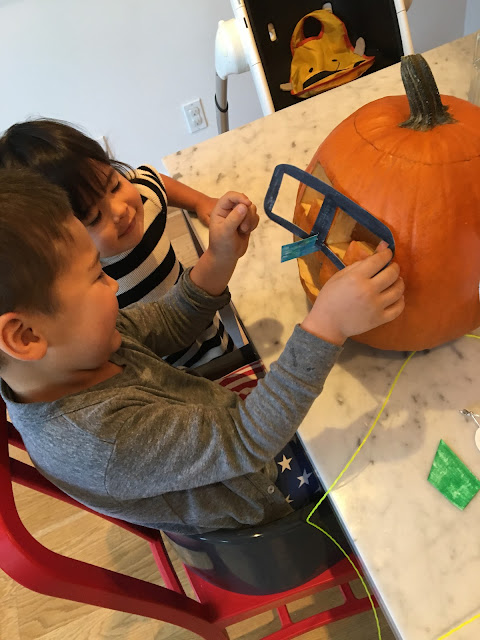 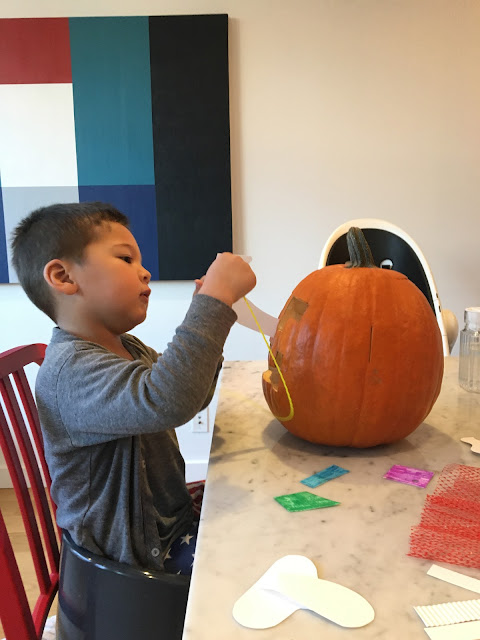 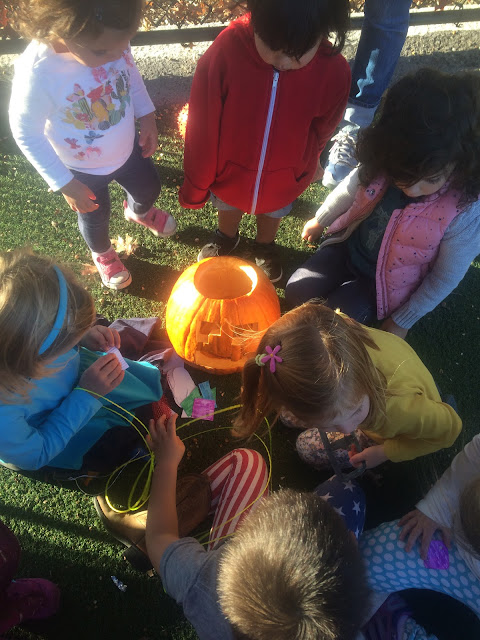 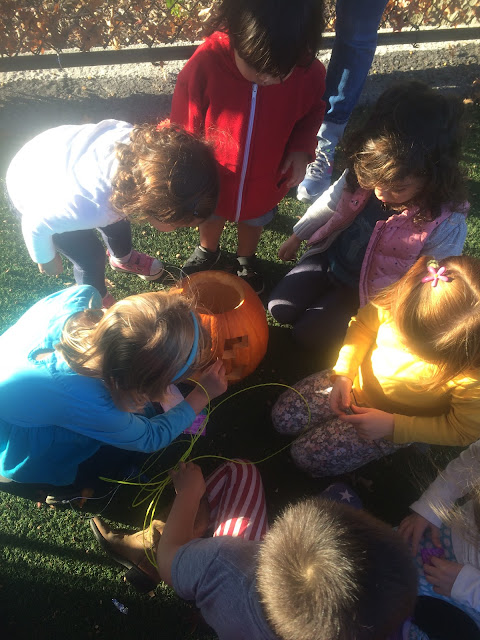 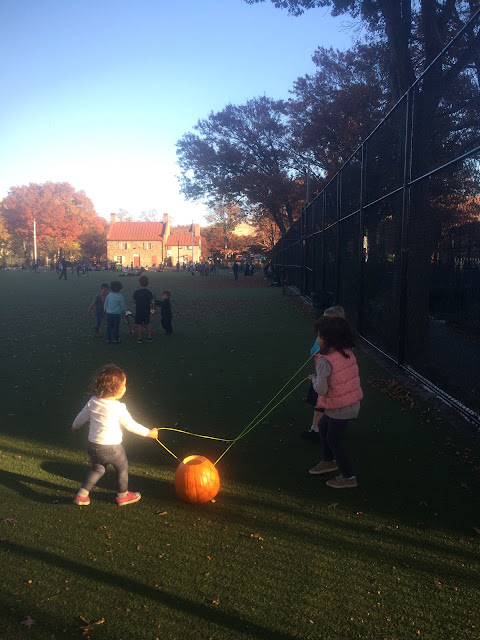 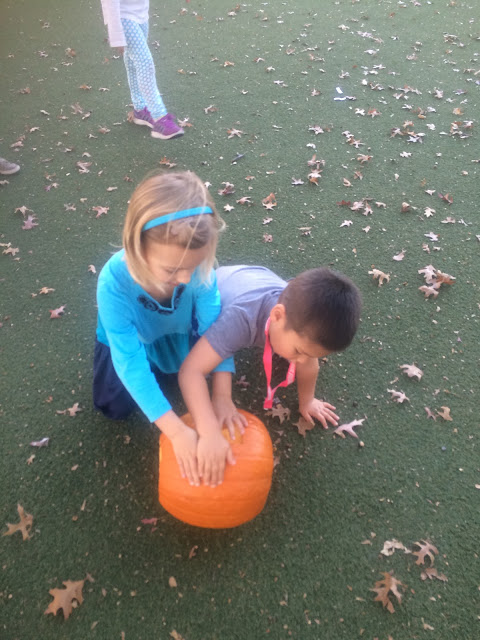 The unusually mild November in New York has us exploring the outdoors still.  Thanksgiving weekend was a great time to go hiking nearby.  And by nearby, I mean, we could have taken the subway to this forest in the city.  Inwood Hill Park, which is near the Dyckman Street A-train stop at the northern tip of Manhattan, really surprised us with its naturey-ness.  No one was there (we saw 10 people during a 2-hour period) and there was everything you'd want in a family hike with kids, but only 30 minutes away from Park Slope, Brooklyn...

Urban Wilderness
Excerpt from the above link:  The 196-acre park includes not only dense woodlands, but a rugged topography of giant ridges overlooking the Hudson River, Indian caves, glacial potholes and Manhattan's only remaining saltwater marsh as well. This little-visited urban wilderness is at its best in springtime and is always just a subway ride from anywhere in the city.
Inwood Hill Park is more than just a tranquil forest with great views of the Hudson. ''It was the place for adventure,'' Mr. Stern recalled. ''The park was always overgrown and full of surprises - from the caves to the old foundations and remnants of houses.''
It's also a geological wonderland, a birder's paradise and an area rich in local history and legend. And with its soccer fields, baseball diamonds, nine tennis courts and meadows for picnicking, it's a good place to play, yet not far from the madding crowds of other city parks. The best way to get to know Inwood Hill Park is to wander its more than 10 miles of footpaths, beginning at the main entrance at Seaman Avenue and Isham Street. Beyond the flagpole, a trail winds up the hill, overlooking the waters of Spuyten Duyvil Creek and a small, marshy lagoon.

Caves
Excerpt from above link:  On the northern tip of Manhattan, a twenty-minute walk from the subway,  is an historical site so rare and unexpected that it warrants a detour on any tourist’s itinerary.  The majestic “Indian caves” of Inwood Hill Park were once used as a seasonal camp by the Lenape people who lived in the region before the arrival of explorer Henry Hudson in 1609.  The caves, created by the tumbling of rocks during a glacial retreat more than 30,000 years ago, are a picturesque reminder of the Native people who once lived on Manhattan Isle.

Salt marshes
Excerpt from above link:  Inwood Hill Park, a 196-acre oasis at the northern tip of Manhattan, features the last remnant of the tidal marshes that once surrounded Manhattan Island. The marsh receives a mixture of freshwater flowing from the upper Hudson River and saltwater from the ocean’s tides. The mix of salt and fresh waters, called brackish water, has created an environment unique in the city.

Glacial potholes
Excerpt from above link:  These glacial potholes, which look almost man-made, are the product of glacial runoff that occurred during the last ice age some 50,000 years ago.  During a huge melting event “turbulent, rock-fortified swirling water making its way through crevasses reached the underlying bedrock and drilled the holes.”  (A Natural History of New York City’s Parks, Linnaean Society of New York, 2007) 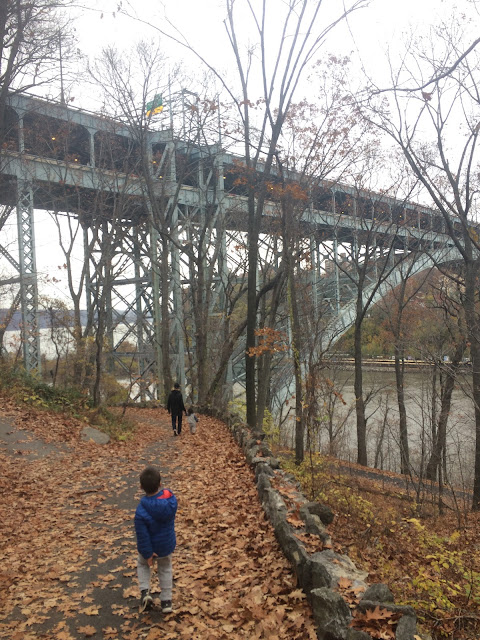 The part of the High Line that just opened up in September 2014 has a fantastic play space for kids.  The outdoor space redefines "playground" in the same way the High Line redefined "park."  The Pershing Square Beams are modern, designed with the space's environment in mind and built to last.

The beams, which you can walk on top of, under and around allow kids to explore space, levels, textures and sounds.  It's such a creative playground and I wish we had more innovative outdoor spaces for kids like this around the city.

Another reason to visit this part of the High Line is to check out the new Hudson Yards subway stop.  Only New Yorkers might be interested in the fact that there's a new subway station, but the station itself is worth checking out (see below) as are the park areas around the outside of the subway stop. 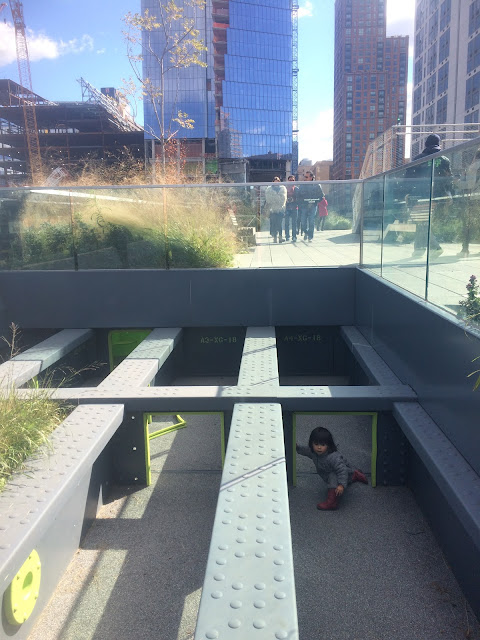 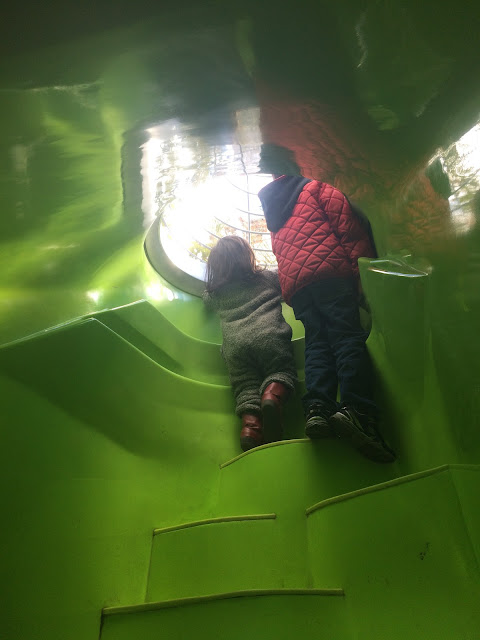 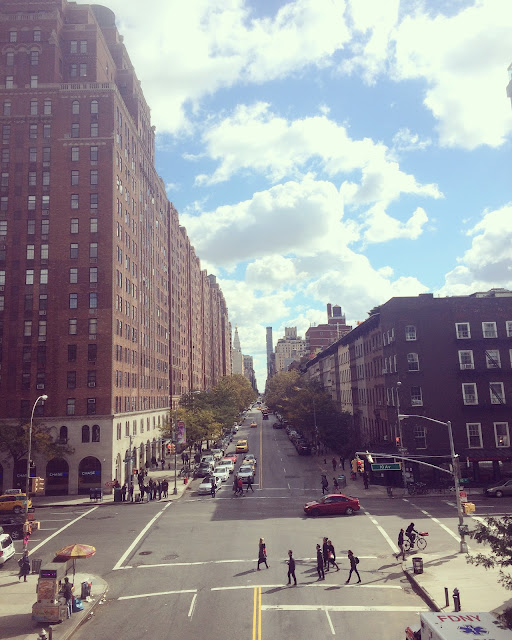 Let's be frank...Stella Retrospective at the Whitney is great for kids 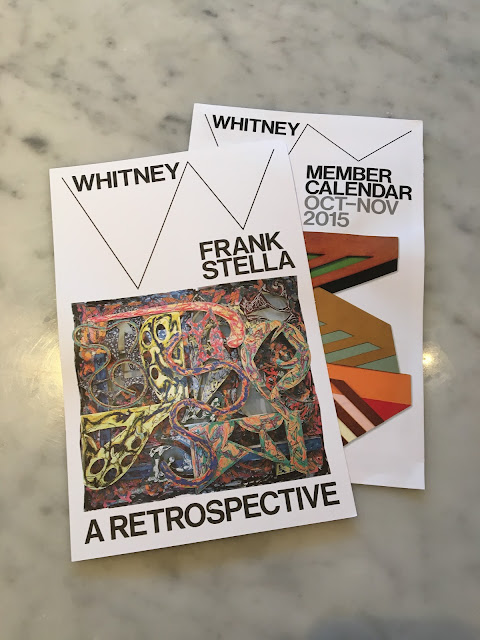 This was a great exhibit for our toddlers because Frank Stella's work really engages the eyes and mind with dynamic lines, saturated colors and shapes that jump out at you.

Whenever we visit a museum (or do any special activity, for that matter), we try to come up with an idea that we can do ourselves in order to remember the activity and bring it to life in our own way.

Some of the ideas we want to try

This blog post is a photo review of the exhibit from the perspective of things that could be fun to translate at home.

Some of the things we thought of doing after seeing the exhibit:

Cut out foam core in the shape of your canvas.  Use masking tapes to make your lines.  Paint, let dry, remove masking tape!

(More ideas after the jump) 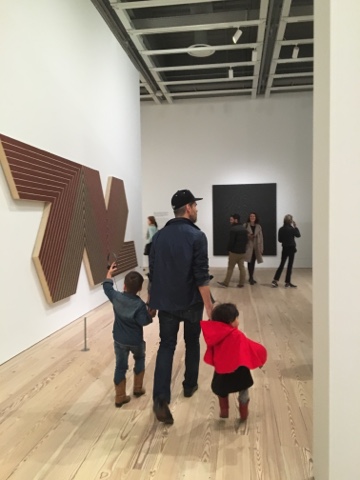