Now, that's brisk!  What'd you do over the holidays? Oh, I jumped into the frigid Atlantic Ocean with my husband on New Year's Day. 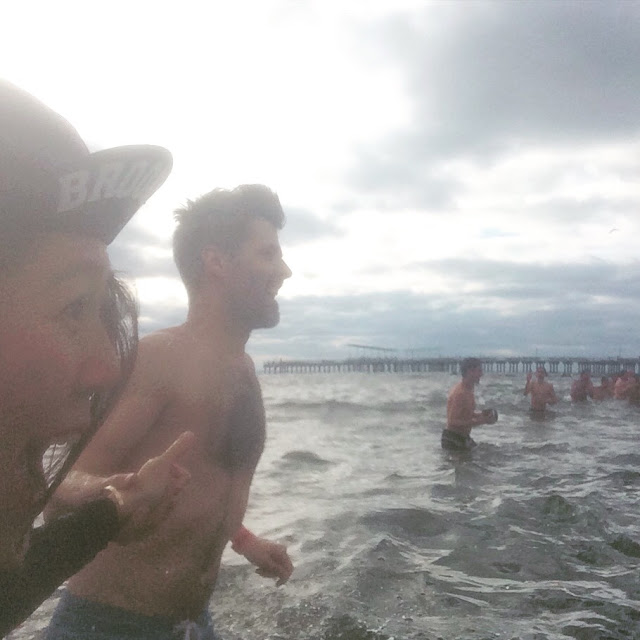 Growing up in Atlanta, I heard on the news about the crazy people who jump into the ocean on New Year's Day in New York. I never wanted to do it, but when it was so warm this December, I started thinking it might be fun to do the swim. We signed up...back when it was still warm in December.

Rob and I were going to take turns going in, so one of us could stay with our two kids. But, another couple friend with kids were game to join us in the plunge last minute. Coincidentally, our friends were put into the wave five minutes after us, so we switched off watching all of our with them and that worked out well. 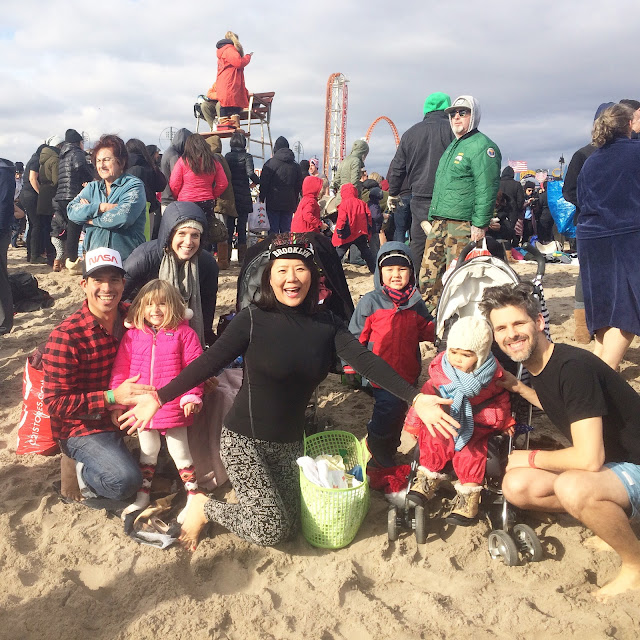 You can register to participate in the swim online or in person, but I saw that the lines were looong on the boardwalk (but theyre probably not that long if you go early). A suggested $20 donation goes to Camp Sunshine, a camp for kids with life-threatening illnesses.

You don't have to actually register to jump into the ocean, no, but to be in the  corrals with all the energy and be part of the big herd is a part of the experience. The organizers do ask you to show your wristbands, which are different colors designating each wave of swimmers, to run in with the group. I think there were five or six waves of swimmers. 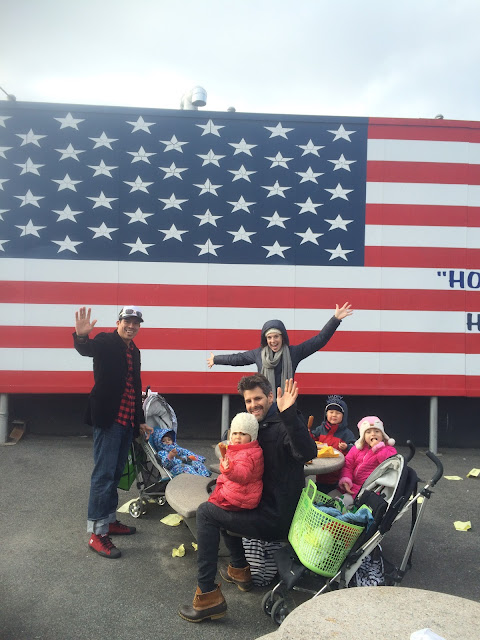 We showed up at the Coney Island at noon (the swim is at 1) and had lunch at Nathan's (the one on Surf Ave. is open in New Year's Day). Then we headed to the boardwalk at Stillwell Avenue and picked up our wristbands. There are musucians playing, lots of costumes and you hang out there and then go to the beach and put your stuff down and take off your clothes! 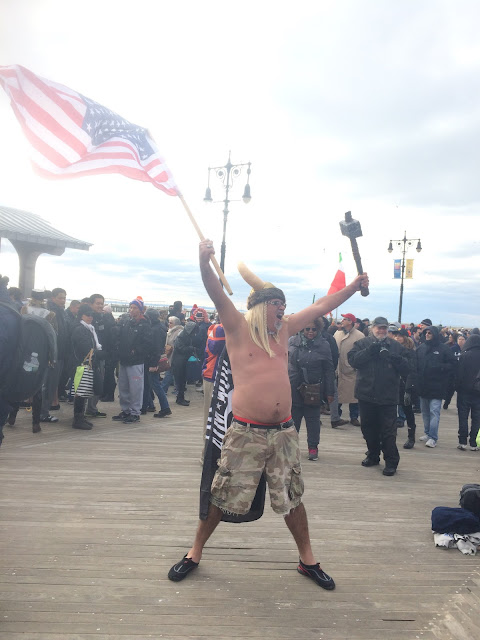 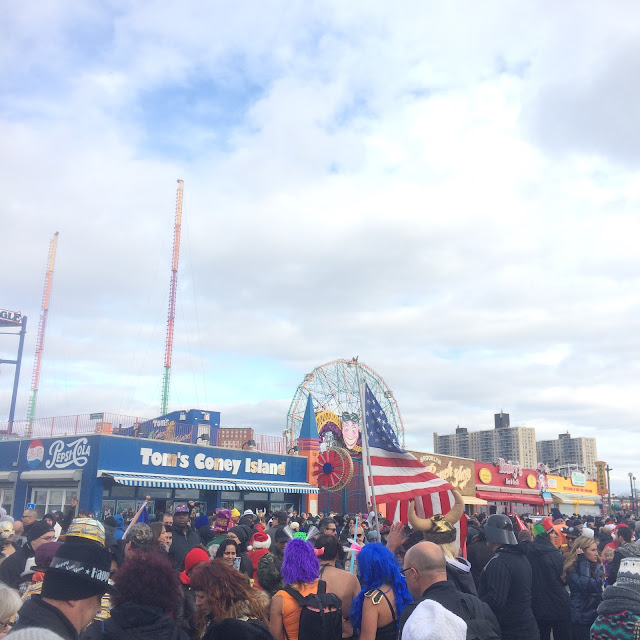 The whole event was well organized. The first wave started right at 1 pm. We were in the 1:05 wave and knew where to be when since announcements were made over a P.A. System.

You show your wristband and you get into a corral when they call your wave. You huddle with a  few hundred other shivering people on the beach. Flanking the corral on both sides are tons of photographers and spectators.  A lot of people are in costume and the energy is cheerful and fun. The actual running into the water was only like 30 seconds. We high-kneed into the water and ran out.  There were people who stayed in the water splashing and swimming. They must have been seriously high and drunk. 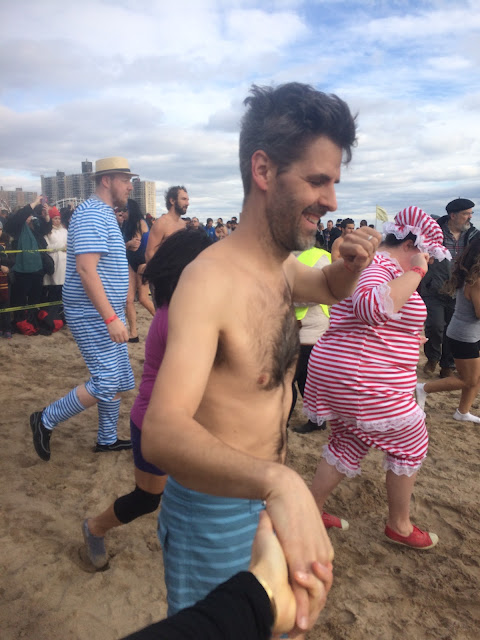 The swim was definitely worth doing. I'm glad we did it with friends, too.  How fun to be a part of a New York tradition that goes back to 1903!  And even though our kids didn't do the swim, they fr the energy of the event and got to see their parents do something a little crazy. 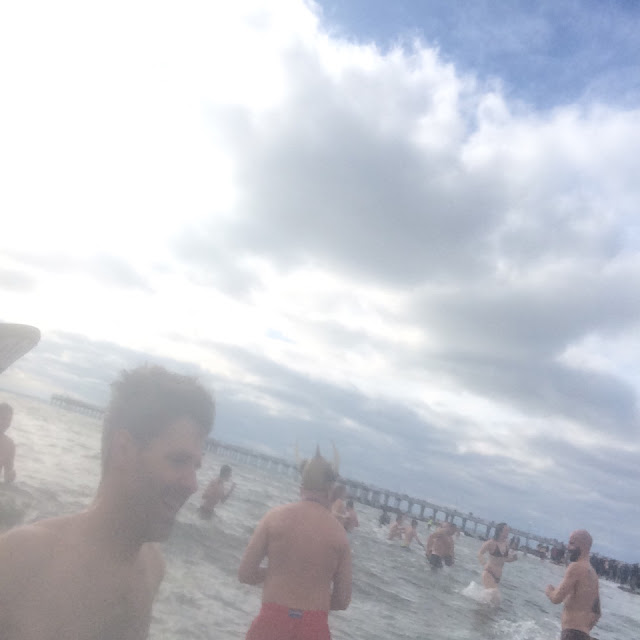 The smartest thing I did that day was bring a thermos if hot cocoa for all of us to have after the swim. Next time, though, I'll bring a bathrobe to quick-change into, too (pro tip)!  Happy New Year!