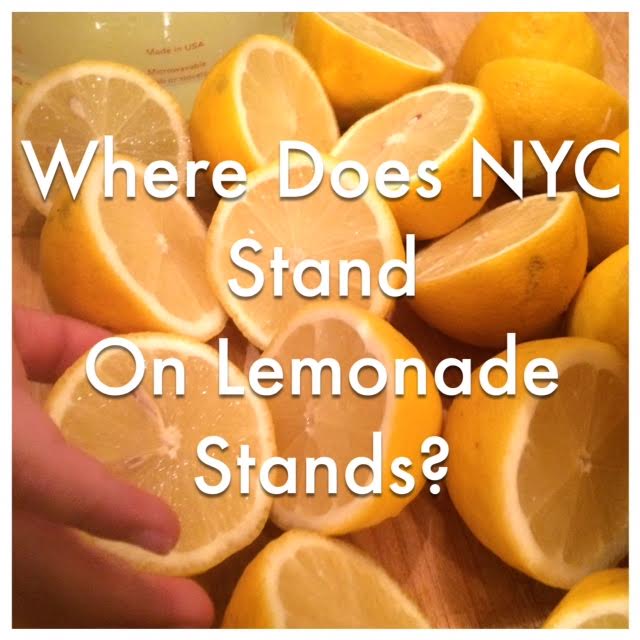 Lemonade stands are a rite of passage for many American children, but are those stands legal in New York City?  When life gives our mini New Yorkers lemons, can they not only make, but also sell the lemonade?  Some cities, including Austin, have taken "measures" to allow lemonade stands, but there are isolated stories of lemonade stands getting "squeezed out" and shut down, which is something that happened in Oregon in 2010.  What's the deal in New York City?  Could you get a ticket?  Is the juice worth the squeeze?  I posed this question to Bill de Blasio, mayor of New York City, directly and reached out to a police lieutenant in Brooklyn.  I also inquired with the office of Brad Lander, my Brooklyn district's City Council Member.


During my son's last month of kindergarten, he started talking about having a lemonade stand. He wrote about it at school.  My husband knew what we had to do:  buy lemons. 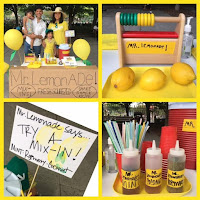 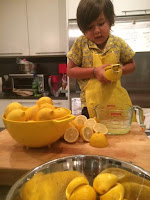 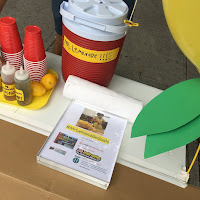 The hot July day came.  Many cups of fresh-squeezed lemonade were sold.  Tips and smiles were received.  Candidate and other photo ops were approved. 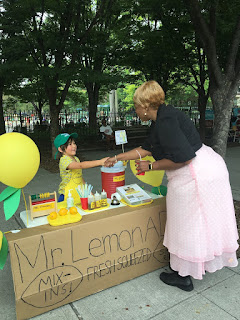 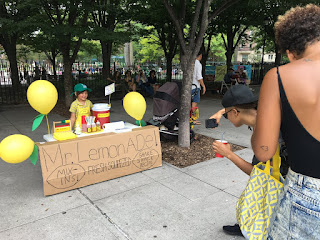 The experience was a very positive one for my son and our family.  My son learned about marketing, customer service, profit, loans (he paid back the house for lemons, sugar, ice and cups), setting goals and differentiating from the competition. 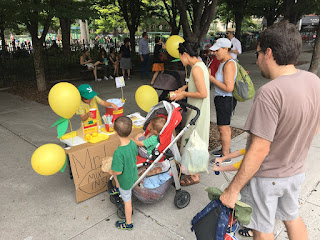 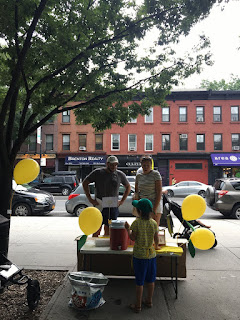 My son made enough money to buy a train set and also save $20.  He sold for about two hours and we'll probably do this once a year, at most.  Is New York City ok with that?


Lieutenant Martin of the 78th Precinct in Brooklyn said, "Kids don't get ticketed for lemonade stands."  I asked if he meant in the 78th or in New York City and he said, "Period."  Hm, not sure how to interpret that, but I think he meant either in New York City or in the universe.

I also reached out and asked Council Member Brad Lander's office but they didn't want to take a "stand."  Too polarizing, perhaps, during an election year.  Lander is still the zest and has my vote.

When I saw Mayor Bill de Blasio going into the YMCA where he works out and where I'm a member this morning, I was suddenly in hot pursuit of my big story.  I was in a quest for the official word, so I walked into the Y with the mayor, his wife and their posse.  I had emailed, called and Facebook messaged the Mayor's Office of Community Affairs without a response to this urgent city matter, so I was going to take this opportunity to ask my question to the mayor directly.  "Mayor!  May I ask you a  question?"  His guards (many, many guards) were not pleased that I was interrupting the mayor's work out schedule, but I promised to be quick.  Where does the city stand on lemonade stands?  Mayor de Blasio said, "I think they're great!"  When I asked if New Yorkers could get ticketed or shut down by the city.  He said, "No, I've never seen that happen."


Friends of ours recently shared the above picture of the mayor buying lemonade from their daughter last week, so I knew the mayor was was cool with this particular kind of sidewalk concessions business.  However, lemonade stands are a curious blip in a city that loves its regulations, so it's interesting to hear how law enforcement and elected officials speak about them.

So, there you go, people.  When life gives you lemons, you can still make and sell lemonade in New York City.