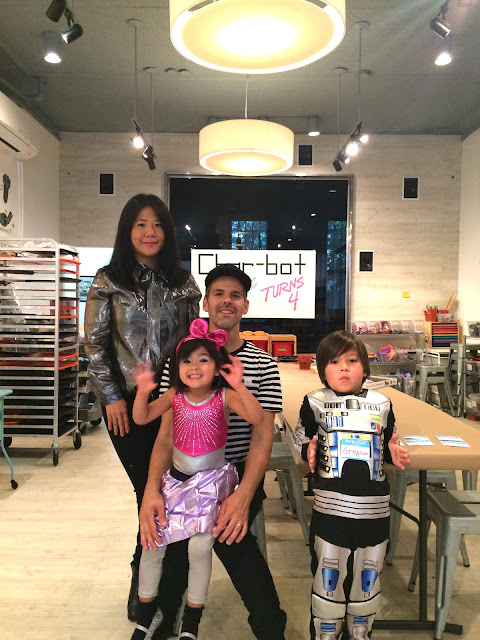 We often host small birthday parties for our young kids at home or in the park, but when things are really busy in our lives, it's a nice option to host a drop off event at a birthday party venue.  It's been a crazy year, so we got help and I'm glad we did.  The venues we used were both fantastic and I like when parties are educational workshops disguised as fun!

This year we hosted small parties at Brooklyn Robot Foundry on Atlantic Avenue and The Tiny Scientist in Windsor Terrace.  I'd recommend both locations because they both really know and cater to kids, they both have a lot of experience hosting birthday parties and they both offer STEM/STEAM learning experiences as part of their party packages.

Here's a photo review of both parties.  First up is my daughter's 4th birthday party at Brooklyn Robot Foundry and the theme was, of course, robots.

The Robot Foundry's new location, which just opened this September and replaced the Gowanus location, is a beautiful space.  Very welcoming and bright.  They have a backyard, but it wasn't ready for use yet during our party (that took place the same month the new location opened). 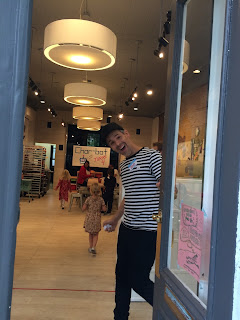 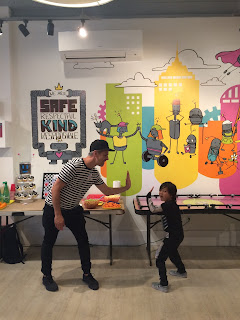 There is plenty of space for food, drinks and gifts. 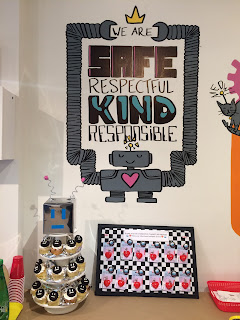 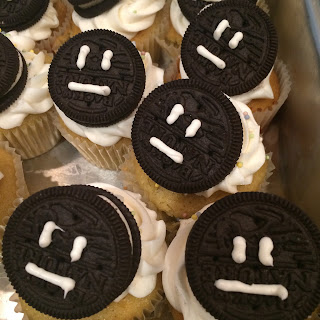 As the activity, we chose the parachute and simple light-up robot.  Most of the party was dedicated to making the parachutes and robots.  Two Robot Foundry teachers were there for our 10-person party.  The kids really loved the activity. 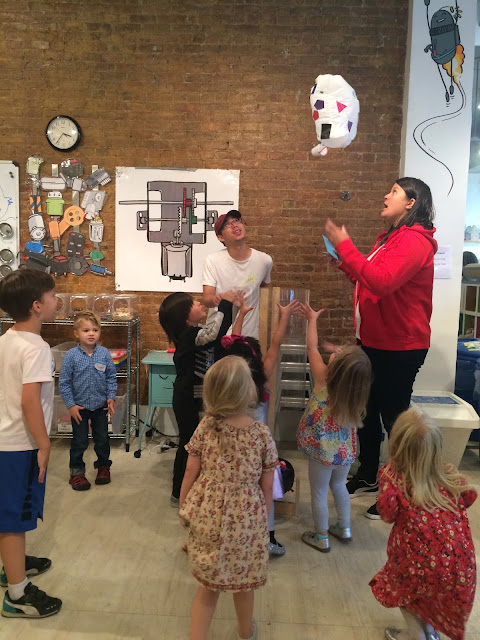 I would recommend Brooklyn Robot Foundry for birthday parties.  My daughter didn't notice that there wasn't much birthday kid hype during the party, so it was fine, but they're more on the low-key side of the birthday kid excitement spectrum.  My son who's 6-years old, on the other hand, requested that wherever his party was, he wanted to sit at the head of the table, go first for everything and have that special attention.  Robot Foundry definitely acknowledged the birthday kid, but they could do a little more of that to make the kid feel extra special.  (And it's free to do.) 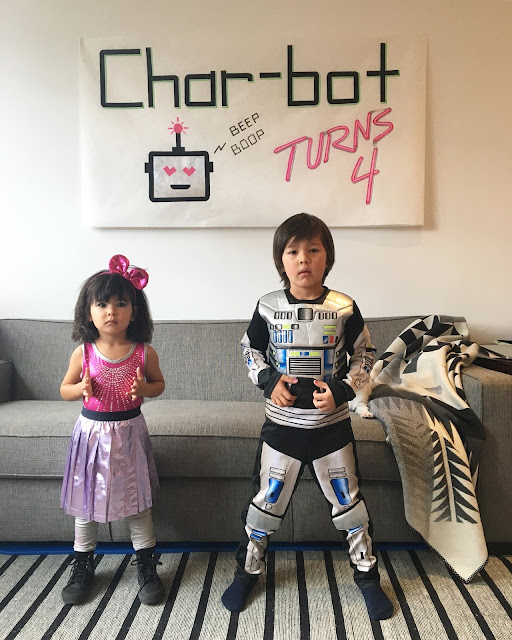 Next up in educational birthday party ideas is a science party at The Tiny Scientist. 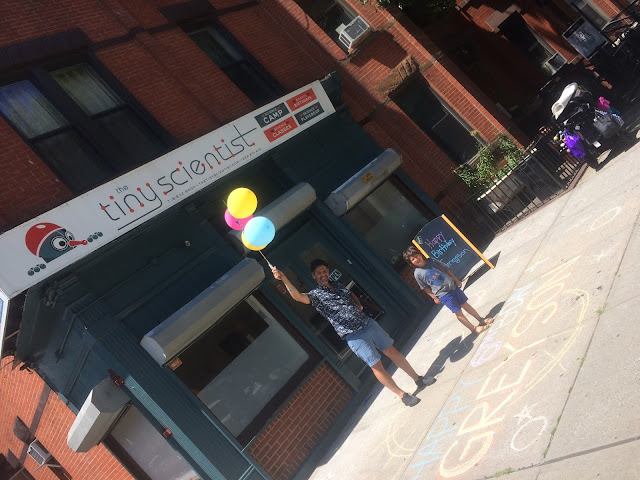 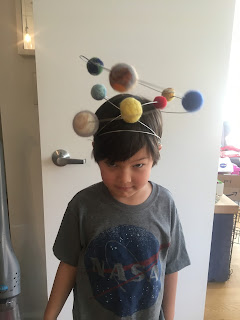 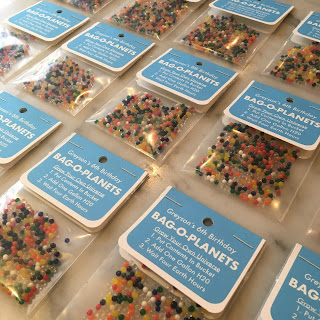 Because we love a theme, we made a solar system headpiece and packaged waterbeads as a bag of planets. 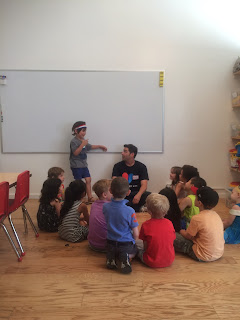 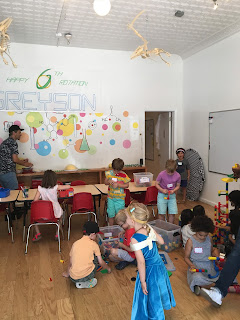 While all the kids are arriving to the venue, kids can draw or play together with toys like magnatiles and marble runs. 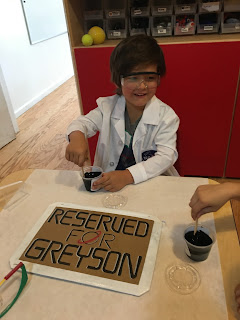 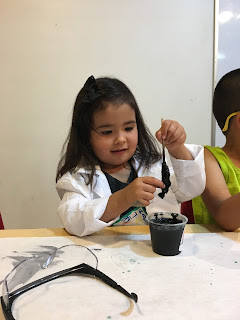 The first science experience was making "black hole" slime.  The teacher talked about the reactions that make the slime possible. 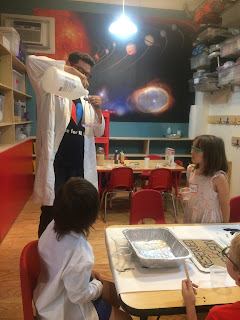 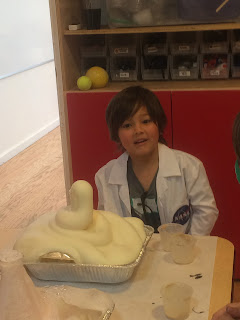 The second experiment was volcanic.  I forget exactly what made this eruption, but it involved a crazy amount of yeast.  The kids went NUTS. 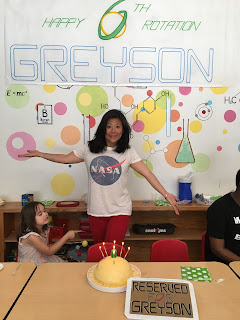 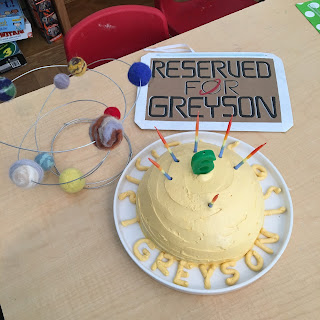 After the experiments, there was intense handwashing (!) followed by lunch and cake.  I attempted to make a cake in the shape of the sun.  I do NOT recommend hemisphere cake pans.  You have to add double any cake recipe to make a substantial size ball...then it took so much time to bake through, that the outside was dry as cardboard before the inside was cooked.  Not cool.  Most of the kids did not have more than a few bites.  Ha! 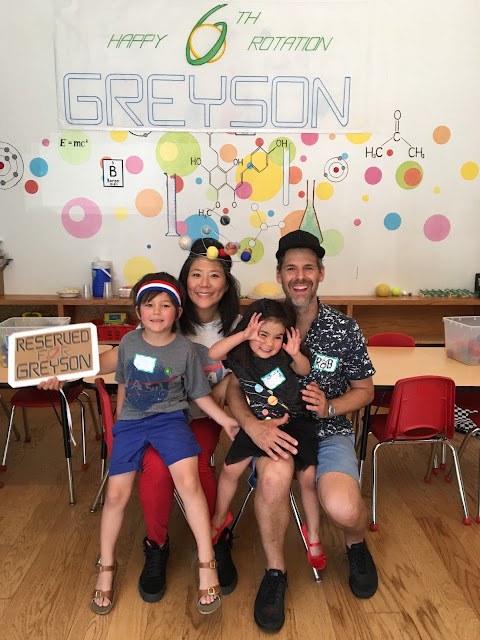 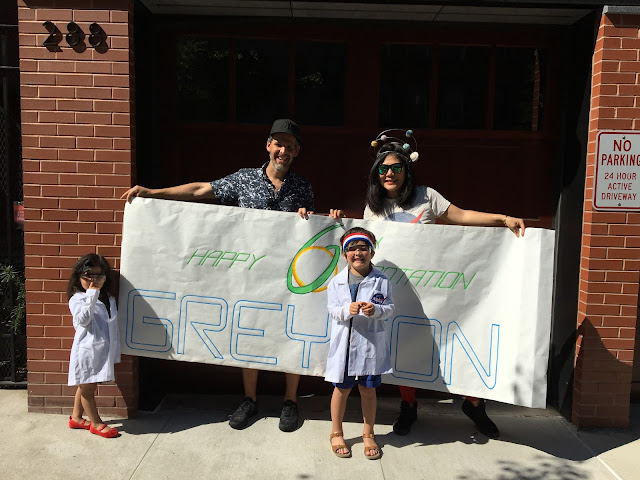 My son had a blast at Tiny Scientist and loved all the attention he got from the teachers (there were two). 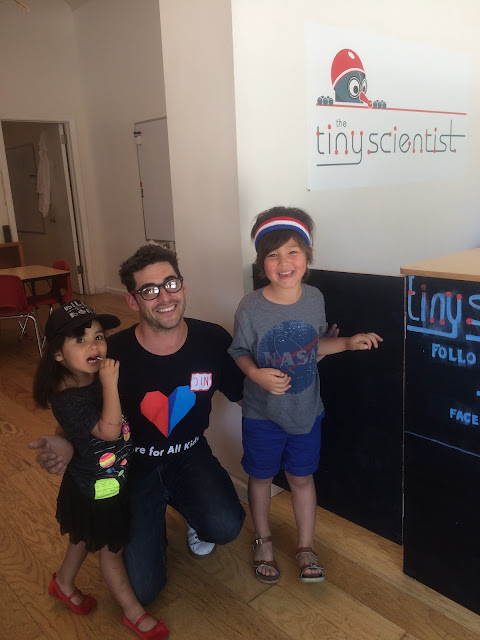 Thank you, The Tiny Scientist!