Public Transportation Connects Communities: Bring Back the B71 Bus! 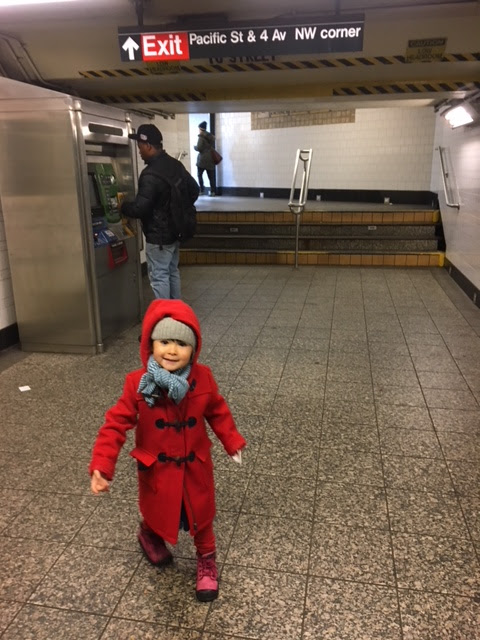 Led by Council Member Brad Lander, Brooklyn residents are coming together to say "Bring Back the B71 Bus!"  I signed the petition, which states what many of my Brooklyn neighbors already know, which is that reinstating the route would connect students, seniors, families, NYCHA residents, and people with disabilities to schools, businesses and cultural institutions: nine schools, three senior centers, multiple public housing developments, and some of Brooklyn’s best cultural centers.  The bus will bring better access and increased mobility to the students, aging communities and families of booming neighborhoods Red Hook, Columbia Waterfront, Carroll Gardens, Cobble Hill, Gowanus, Park Slope, Prospect Heights, and Crown Heights.

As Council Member Lander stated, "When the MTA made system-wide budget cuts in 2010, Brooklynites were hit hard. Ten Brooklyn bus lines were eliminated (more than any other borough), including the B71, which was a lifeline for seniors, students, and families along the Union Street corridor. Despite the economic recovery, the line was never restored, leaving riders stranded despite significant population growth along the route."

To illustrate one family's B71 story, I want to share one reason I would like the B71 bus back.  No, neither my livelihood nor my health will be improved if this bus route comes back, but the bus would help my Park Slope family take advantage of some of the wonderful cultural institutions that Brooklyn has to offer and help expand our community to neighborhoods that aren't as accessible without the B71 bus.

Today, I wanted to take my daughter to the Brooklyn Children's Museum since she didn't have school.  Like many New York City families we don't have a car, like not having a car, and rely on public transportation to get around the city.  Yes, I can take a car service, but I have small children who require a car seat and a booster.  Car services charge a hefty premium for that and usually only have one car seat anyway.  So we haven't been to the Brooklyn Children's Museum, a Brooklyn treasure, that often even though we live a few miles away.  This museum is one of those spots that is difficult for many families, including those in Park Slope, to access. 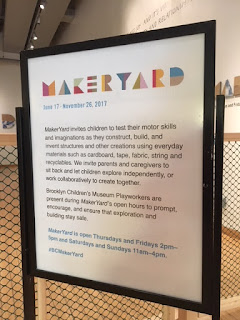 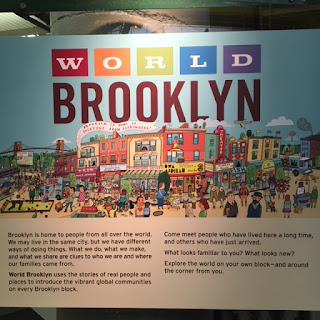 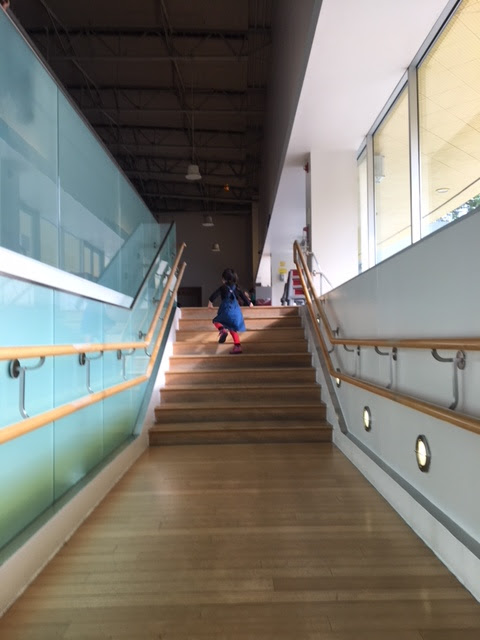 I'll spoil the story and tell you now that it took us one whole hour to get to the Brooklyn Children's Museum from the middle of Park Slope on a random weekday morning.  The maps app on my phone says that the museum is 3 miles away from my apartment.  My friend took a car service to the museum from Park Slope at the same time and paid $22 for a car with a car seat and she got there in 11 minutes.  If the B71 bus route came back, it would take probably take about 15 minutes to get from Union Street in Park Slope to the Brooklyn Children's Museum.  The museum, like many other cultural institutions and businesses along the B71 route, would go from being a special treat destination to a regular destination for many families.  For instance, the B63 bus takes Park Slope directly to Brooklyn Bridge Park and that's one reason Park Slope and Sunset Park families are able to easily access the waterfront and many of the wonderful family activities that Brooklyn Bridge Park has to offer.

Here's my story of going to the Brooklyn Children's Museum from Park Slope in an hour:

11:03 AM:  My daughter and I left my apartment.  My maps app said that it should take 33 minutes (if the star align) to get to the Brooklyn Children's Museum from my apartment in Park Slope. 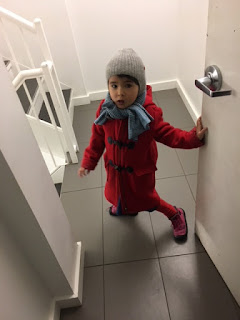 11:20 AM: out of Atlantic/Barclays subway station 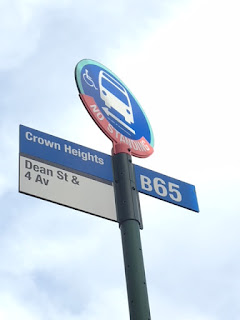 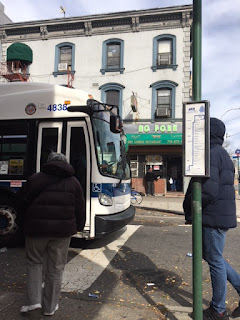 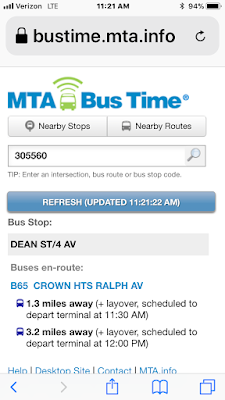 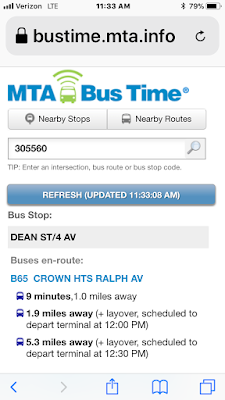 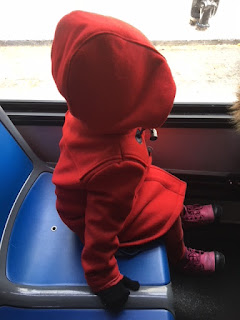 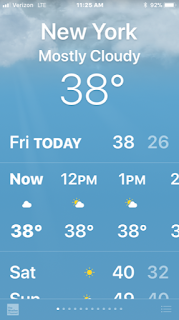 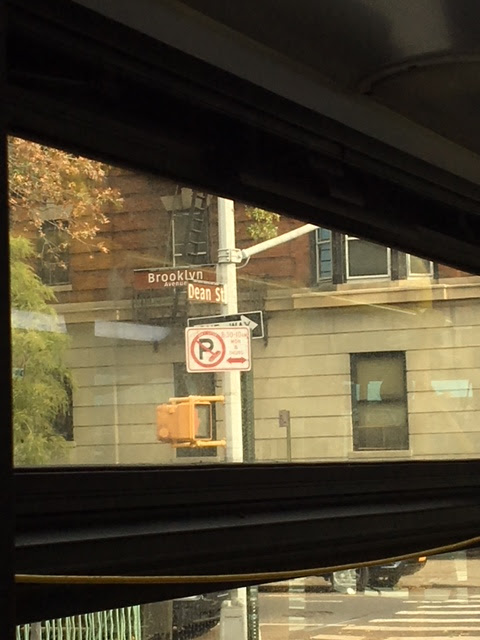 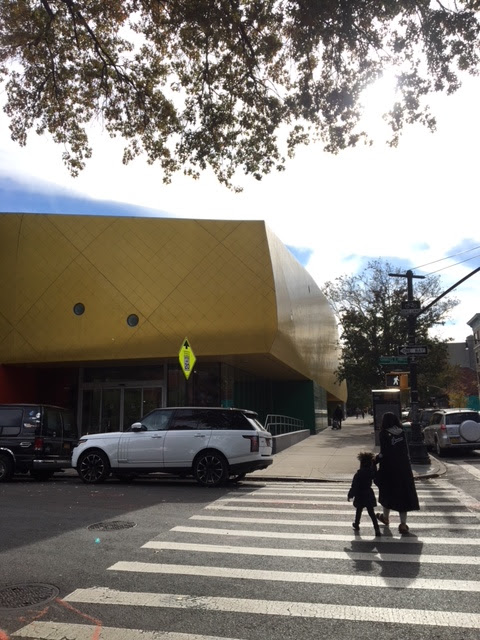 12:06 PM:  Arrive at Brooklyn Children's Museum and get on line. 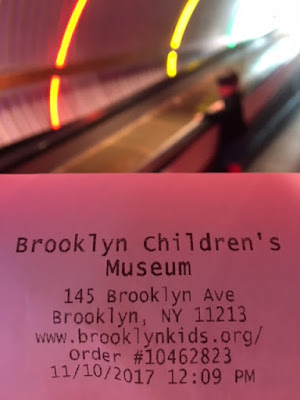 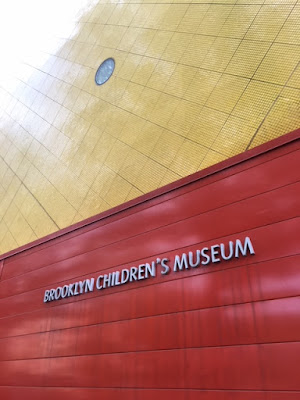 It took an hour on a subway and a bus to go 3 miles.  We could have gone to the country to go apple picking in the same amount of time.  I hope the MTA will look at the population growth in the affected Brooklyn neighborhoods and take into consideration that GPS/BusTime didn't exist when the B71 bus route was taken out of service and realize that seven years later, we're in a different time when the bus will be utilized and appreciated greatly.  For many people, paying for a car service isn't an option for financial reasons and/or because they need car seats.  Public transportations options like the B71 help strengthen communities and businesses and give access to people on many levels.  We need the B71 bus back.

On Monday, I'll be joining my Council Member and neighbors at the monthly MTA board meeting.  We're going to deliver the thousands of signed petitions and state our case as representatives of Brooklyn residents.  I'm looking forward to testifying and sharing my story. 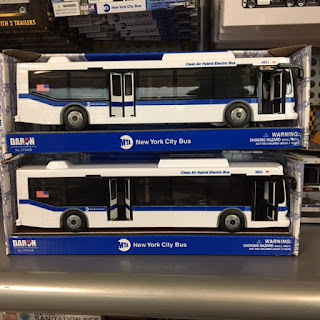 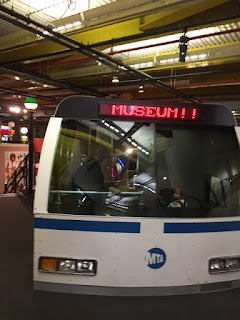